Executive Chef Jason Wilson’s cooking class “Journey Through the Wild Pacific Northwest” at the home of Cliff and Susan Edwards drew a delicious roadmap to the seasonal offerings. In a return performance for the Montana State University Billings Foundation Wine and Food Festival, the proprietor and chef of Seattle’s Crush and Miller’s Guild Restaurants, who was a Guest Chef for the kickoff dinner in 2013, teamed up with Billings Executive Chef Carl Kurokawa of Julianos to teach a home cooking school. 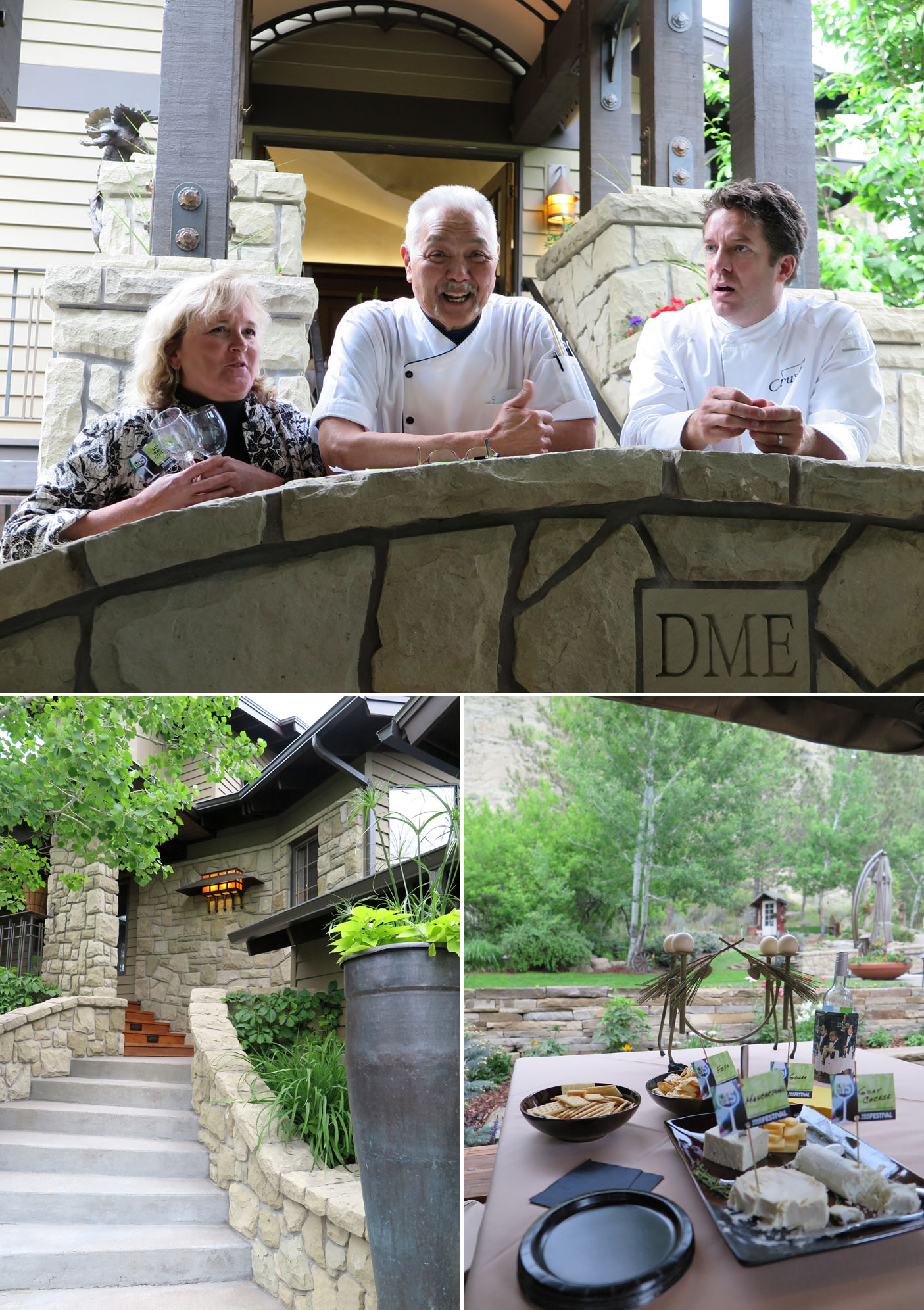 “The collaboration of two guys in the kitchen who have done it before,” as Wilson described his partnering with Kurokawa, hinted with modest humor at the decades of culinary experience between these award-winning chefs. With two classically trained professionals at the driver’s seat of the in-season menu, they demonstrated how to showcase food that had been meticulously sourced and prepared with care.

On this night as clouds moved in with a light sprinkling of spring, an unique culinary journey revealed. Under the majestic guard of the sandstone Rimrocks and inside the rustic, yet refined Western Craftsman home, all was “mise en place.” A fire burned in the stone fireplace under the backyard portico while notes of jazz wafted between 22 guests as they sipped vino verde and savored crusty bruschetta with green garlic ricotta, asparagus and morels.

Inside the house, behind a long counter with sauces simmering on the stovetop and neatly placed bowls of all sizes brimming with chopped herbs, flaked crab, shucked mussels and julienned snap peas, the cooking lesson took place. Wilson articulated technique with infusions of humor as he led the class through his recipes. In demonstrating his “Spring Peas with Curried Yogurt, Dunguness Crab, Grapes, Almonds, Snap Peas and Mint,” he included pearls such as soaking green grapes in muscat wine to gain a level of acidity, and coarsely chopping herbs for a punch of flavor. Instead of the peas shoots originally called for in the salad, he used julienned snap peas while substituting vanilla yogurt for prescribed goat yogurt. “Add your own personality,” he encouraged.

For “Slow Roasted Halibut in Spring Herbs, Young Garlic Broth, Mussels, Saffron,” Wilson credited Kurokawa for “painstakingly taking out all the mussel meat” while flexing his biceps and repeating “Muscle Juice”, while praising the shallots, garlic, and leeks that accompanied the mussels as they cooked. He explained how gently baking the fish at 170-degrees F. required only the oils and flavors exuded from mint, dill, tarragon, and basil. The result: fish cooked to perfection with just enough herbaceousness for a compatible partner to the rich mussel cream sauce. 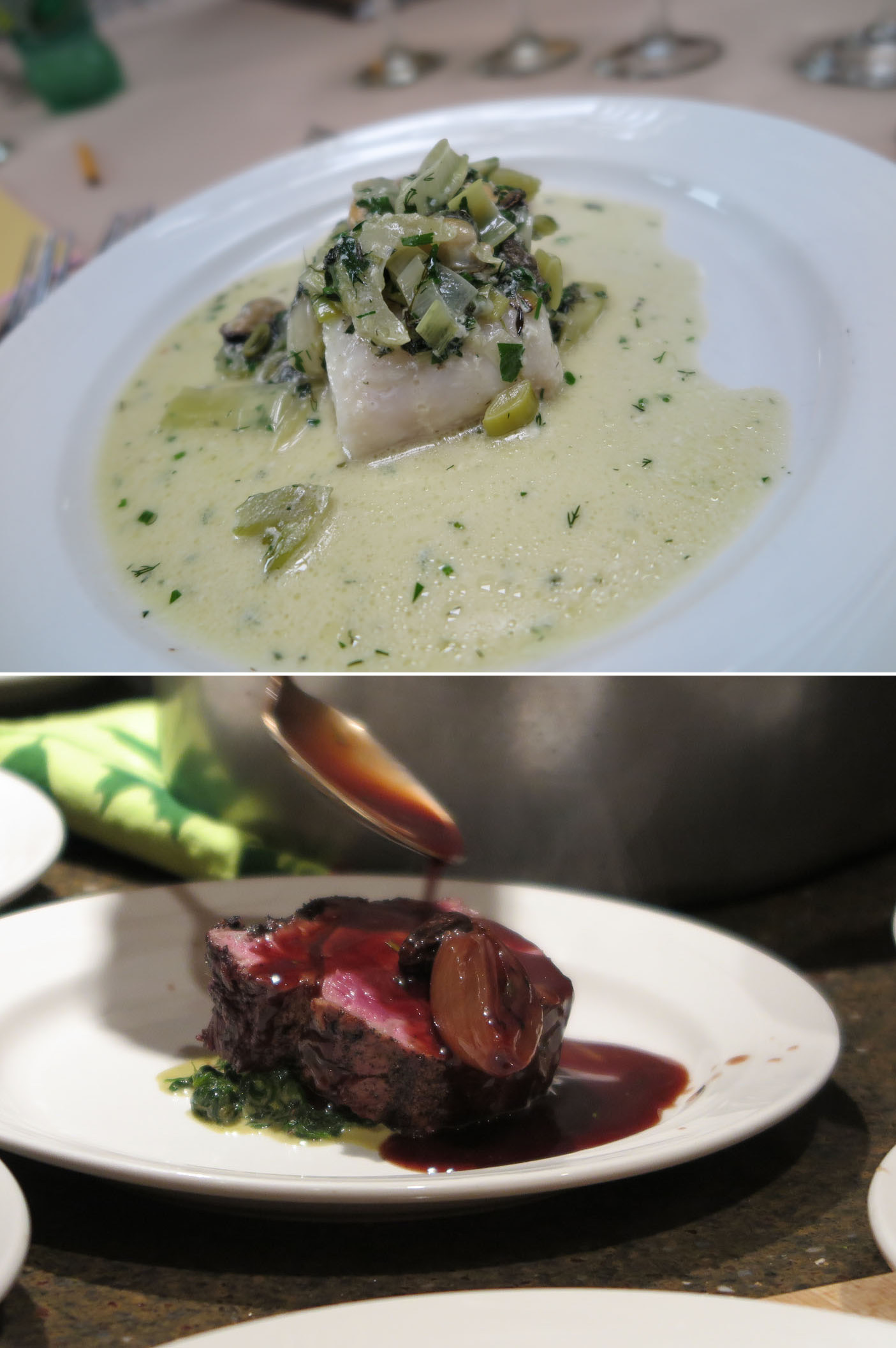 For the main dish of “Seared Prime New York Strip Loin, Creamed Spinach, Charred Onions, and Cabernet Sauce,” Wilson explained that when you have “crème de la crème” meat, simplicity in seasoning brought the best results with cooking a thicker piece of meat controlling the final doneness. On the topic of quality meat, he advocated for a “consistent product that is highly marbled” that received grass feeding finished with grains producing optimal flavor. Then jokingly referring to Wagyu beef that had been pampered and massaged, he sarcastically said, “It is like going to a massage parlor for love.”

The evening may have ended with the grand finale of a dessert of “Marinated Strawberries, Balsamic Vinegar, Goat’s Milk Panna Cotta, Rhubarb Honey Compote,” but the invited chefs demonstrated that the food of the Pacific Northwest can be tamed with respect and good classic cooking. 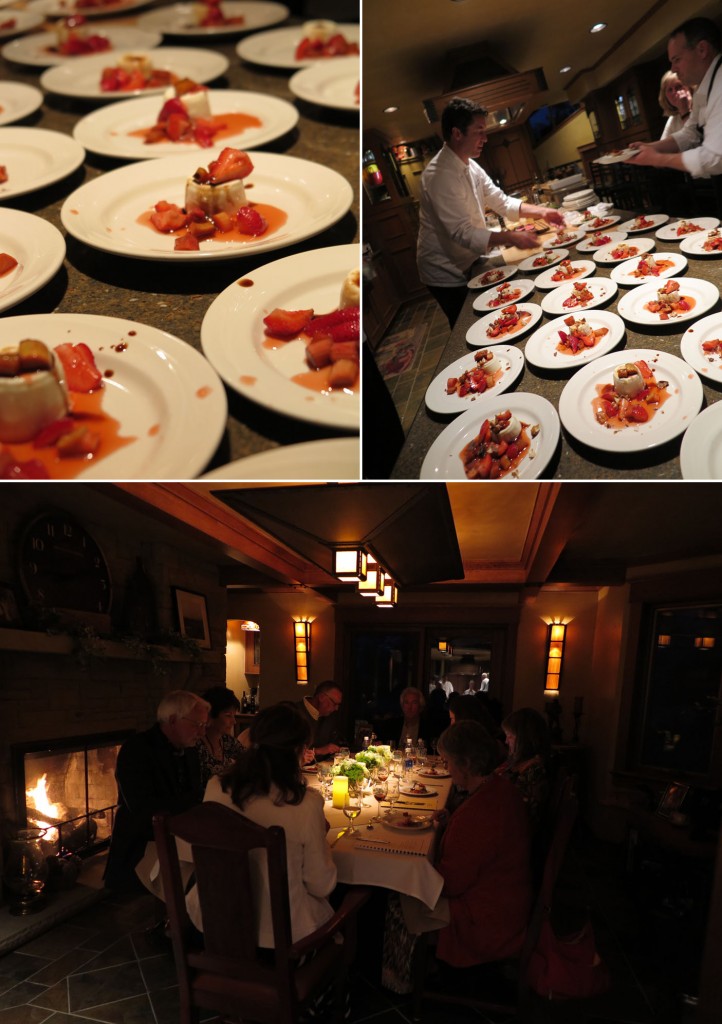 Stella divides her time between Billings and Seattle, Washington attempting to perfect her sailing, building her running legs and constantly exploring new food and drink. Her radio show, Flavors Under the Big Sky: Celebrating the Bounty of the Region, airs on Yellowstone Public Radio. She has written two books Historic Restaurants of Biliings and Billings Food and her articles have appeared in The Washington Post, Big Sky Journal, Blue Water Sailing, Fine Cooking, and Cooking Light. She regularly contributes to the TASTINGS section for Yellowstone Valley Woman magazine. Through the Montana State University Wine and Food Festival, she continues to share her love of wine and food by teaching the Wine Studies classes. You can read more about Stella on her blog that explores all things "under the Big Sky on land and water” at stellafong.com.

I didn’t grow up in a devoutly religious family. My ethnic ancestry is a Celtic-Anglo Saxon mixture of Scottish, Irish, English, French, Finnish, Norwegian…