Clint Peck, owner and winemaker at Yellowstone Cellars and Winery in Billings is regaining his balance. Five years ago, Peck cashed in his worldly belongings including a 2006 Harley Davidson to fulfill his want of making wine. He settled into a 3,000 square foot industrial space south of Highway 90 near Josephine Crossing and purchased the bare necessities for fermenting his dream.

Peck created a space he calls a “bookend” boutique winery. This multifaceted facility with a wine cellar, tasting room and event area has provided for countless fundraisers and celebration parties. These days the winery is a popular music venue featuring Open Mic Night on Wednesdays and Wine Down Fridays “and some great comfort food” with appetizers and wines.

Sue Mershon who has befriended a group of good friends at Yellowstone Cellars says, “I started going there shortly after Clint opened. I am a single gal here in Billings Montana and I don’t want to just go into a bar. I could always walk into Clint Peck’s and the gals he has hired are so nice. I never feel threatened.” She lauds Peck for “making it a fun place.” 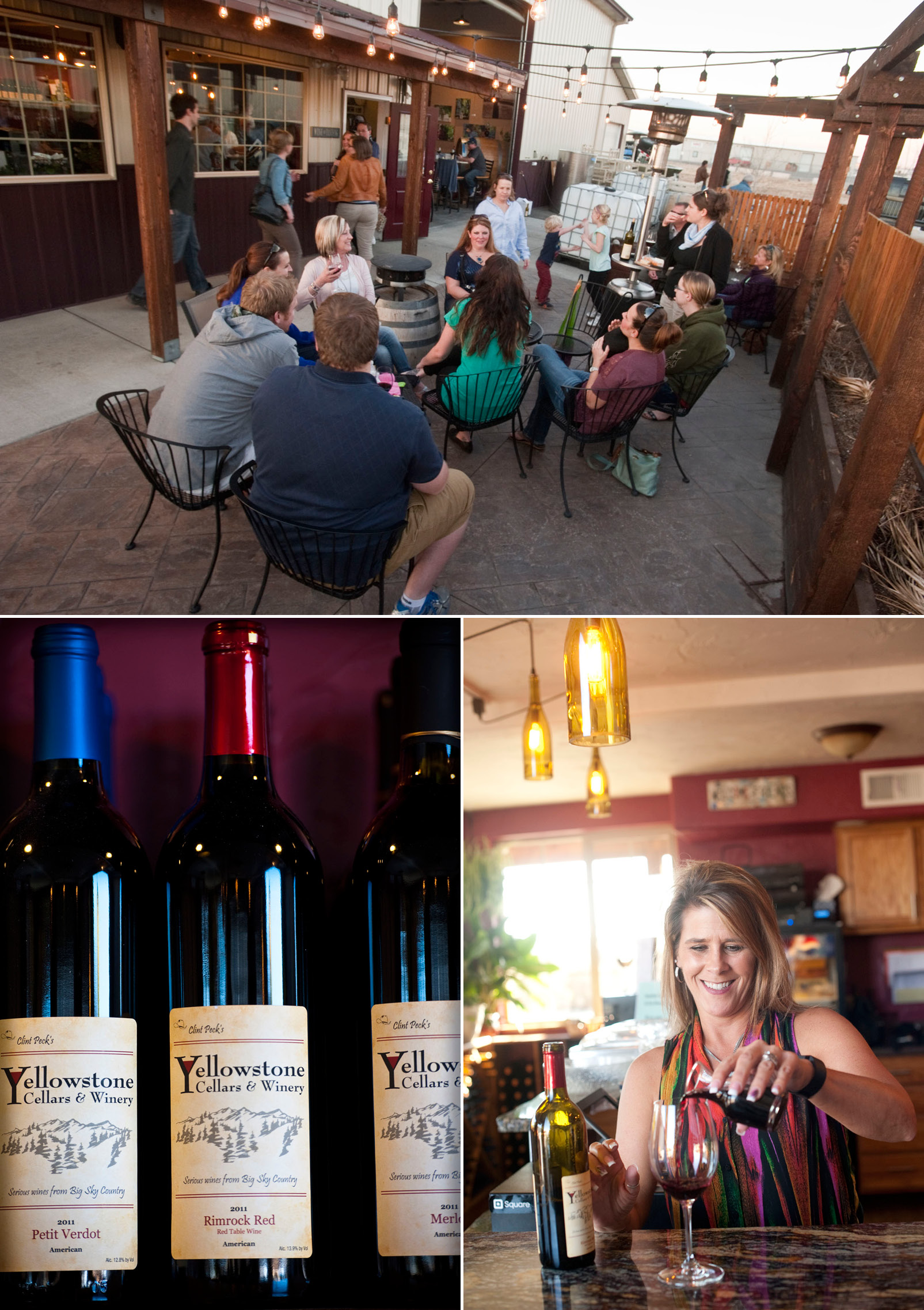 Peck’s tenacity and versatility comes from his ranching and journalism background. With his cowboy charm nurtured through Montana ranching and farming, and city smarts from chasing stories from Australia to Brazil to Venezuela, Peck possesses the fortitude to survive in a business filled with unpredictabilities and challenges. He admits, “Absolutely I wouldn’t be here if it was not for my agricultural background.” Garry Brayko who frequents Yellowstone Cellars at least once a week says, “Clint is just a down-to-earth, hardworking family guy.”

But Peck admits, “Making wine is like being a cowboy. A wine maker that says he has never dumped wine is lying. It is like a cowboy that has never been bucked off a horse.” This last year Peck tossed out wine equivalent to 250 cases because “It didn’t cut mustard. The cowboy in me is admitting I got dumped off the horse. I am not going to put wine into commerce that I think is marginal.”

Early on, Peck confesses to selling his wine as fast as he could.  “I needed the cash flow” so the wines he made offsite at his brother’s Dakota Creek Winery in Blaine, Washington were not reaching bottle maturity, he believes. He used tools he could afford such as less expensive American oak barrels instead of French barriques, and served wine in generic glasses. Now, Italian and French casks live in his establishment, and at wine tastings he serves white and red wines in color-specific thin glass stems. 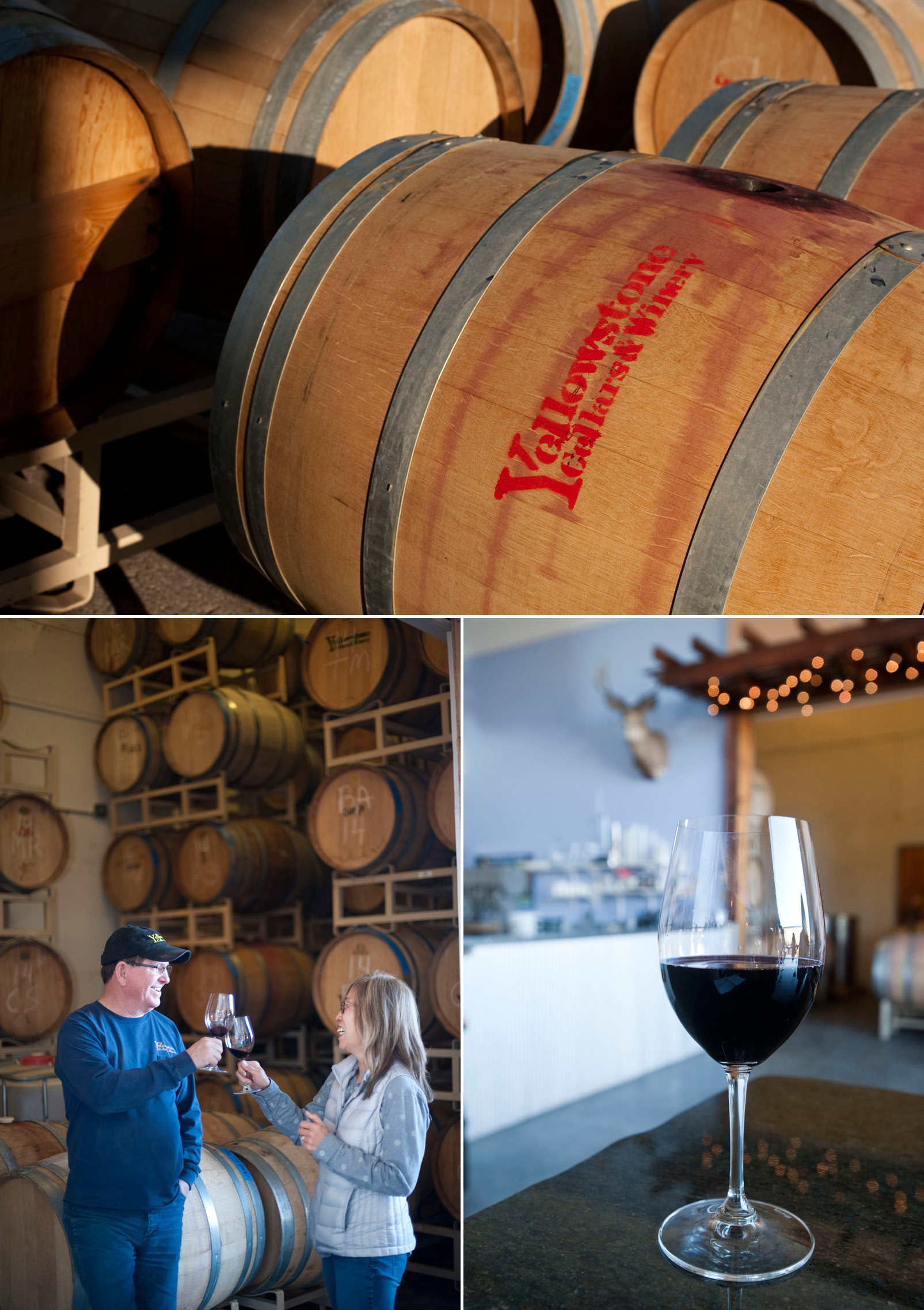 At 61 years young, Peck continues to drive the 750 miles to Washington to pick up his wine grapes within 30 hours of harvest, produced on small family farms in the Rattlesnake Hills and Yakima Valley of Washington state. “If the tires on my trailer don’t blow out,” the trip takes 14 hours. At times, someone rides “shotgun” with him, but he does most of the driving. “I don’t trust the transportation of grapes to anybody.”

In 2014, 57,800 pounds of grapes were gathered from Elephant Mountain Vineyards in Yakima; Crawford Farms, Prosser and Lonesome Spring Ranch in Benton City. Peck confidently says, “I would not be surprised if the Yakima Valley grapes will be recognized as the best grapes in the world.”

Though Peck’s Malbec, now in its eighth vintage, may be his signature wine, he is most proud of his 2010 Primitivo. “It is just a nice full body wine. It had such nice balance to it. A fine wine maker wants to find balance.” 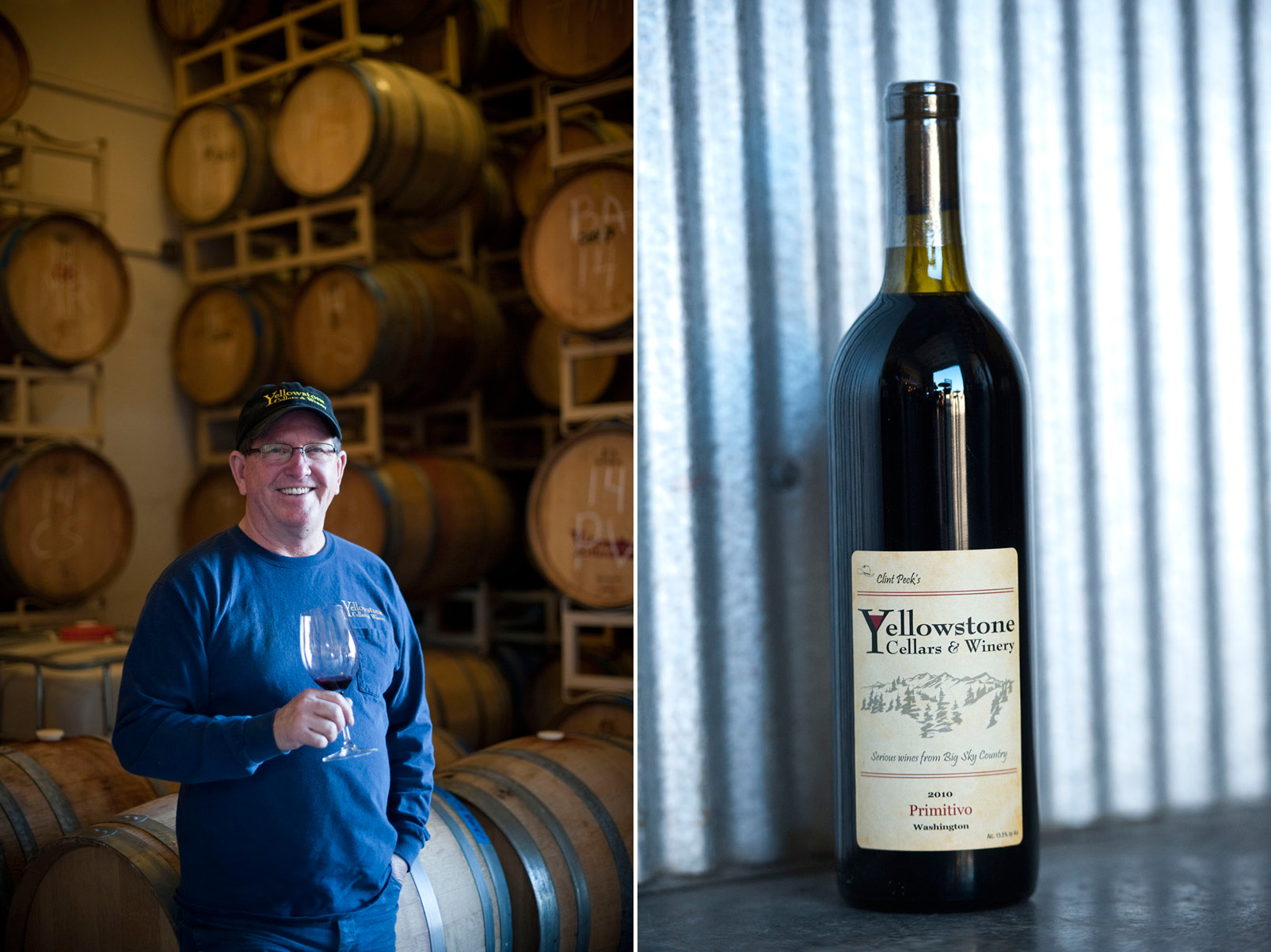 Balance is within reach for Peck these days as he maintains stability in his business. “Now having my own place to make my own wine and then having the consistency of the same vines, helps. I am evolving to French oak. Stylistically, I think French oak does a better job, a different job. Bottle ageing and consistent yeast cultures are all playing into Peck’s favor. “It is starting to come together. We are making some nice wines. I will put my wines up against any wines out there.”

These days standing solidly on his two feet, Peck can now focus on continuing to make balanced wines while having the opportunity to evolve a style of his own.