Executive Chef Shane Ryan of Matt’s In the Market in Seattle, Washington brought the briny breath of the sea to Billings, Montana. Along with him came rain and clouds,  apropos to sharing the bounty of the Pacific Northwest and the Emerald City. We can only wonder about Ryan’s influence on Mother Nature. The weather set the scene at the Guest Chef Dinner at The Rex Restaurant Bar and Grill.

Executive Chef David Maplethorpe once again opened up his kitchen for the gastronomical overture  launching a week of much anticipated events for the annual Montana State University Billings Wine and Food Festival. Maplethorpe teamed with Ryan to create a six-course meal paired with wine entitled: From Sound to Sky, enticing 62 diners to journey with them on a culinary extravaganza showcasing the bounty of their home turf (and surf). 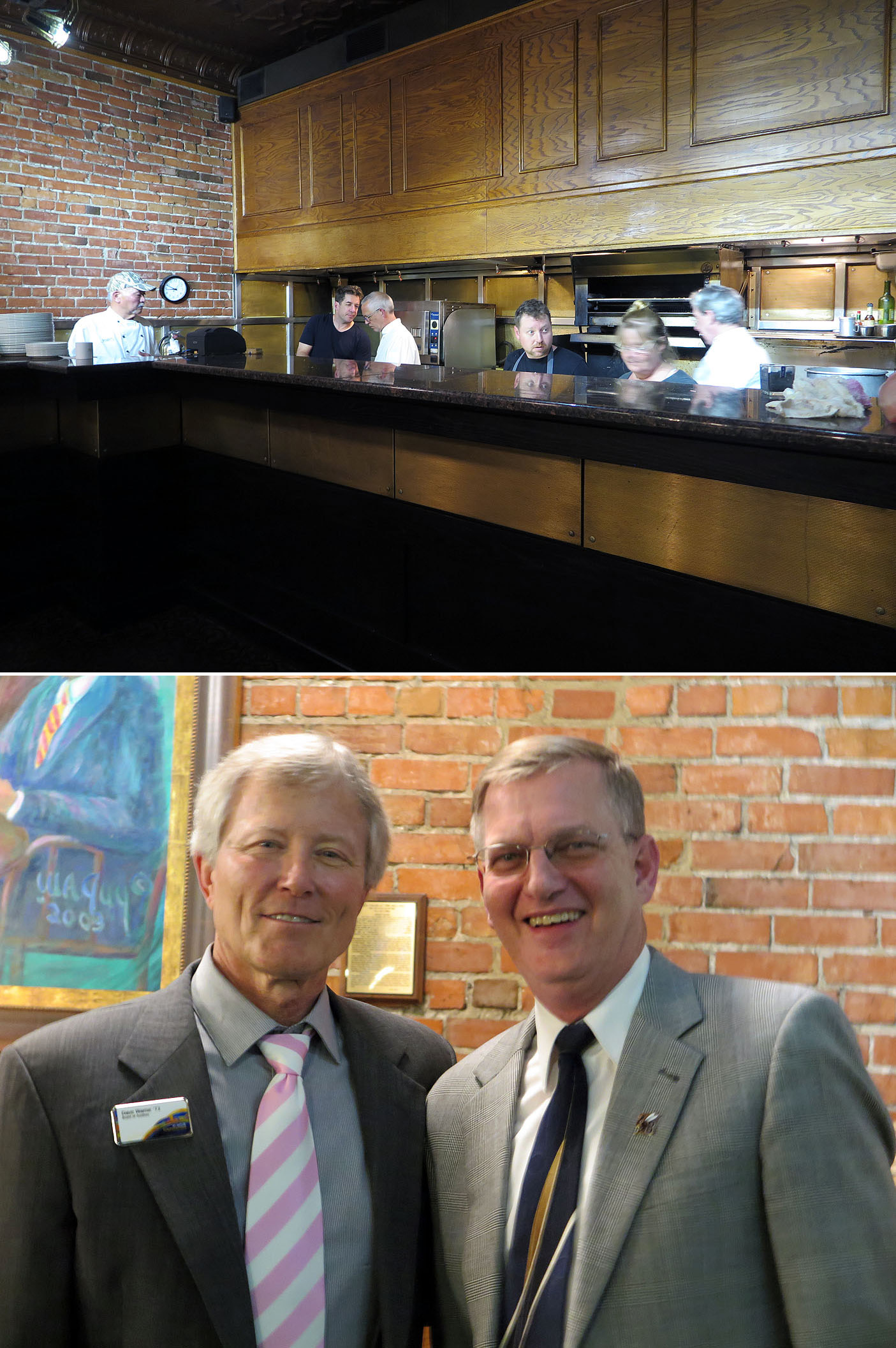 Even more, this meal was the union and reunion of culinary greats from the sound and sky. Executive Chef Carl Kurokawa aligned with Executive Chef Jason Wilson of  Seattle’s Miller’s Guild and recently closed, Crush,  for a home cooking school. This year Ryan is joining the fold. With rumors that Maplethorpe will retire when he turns seventy this fall, his culinary comrades – Kurokawa and Executive Chefs Jim Carlson and Marcy Tatarka, stepped in to help.

The accouterments as well as the freshly harvested halibut and salmon for this dinner came hand-delivered from Ryan. Passed appetizers included Sigoku Oysters veiled in Margarita ice, Smoked Halibut with Nettle Pesto, Pickled Onion on Fry Bread, and Deviled Eggs adorned with sea bean and bouquerone. 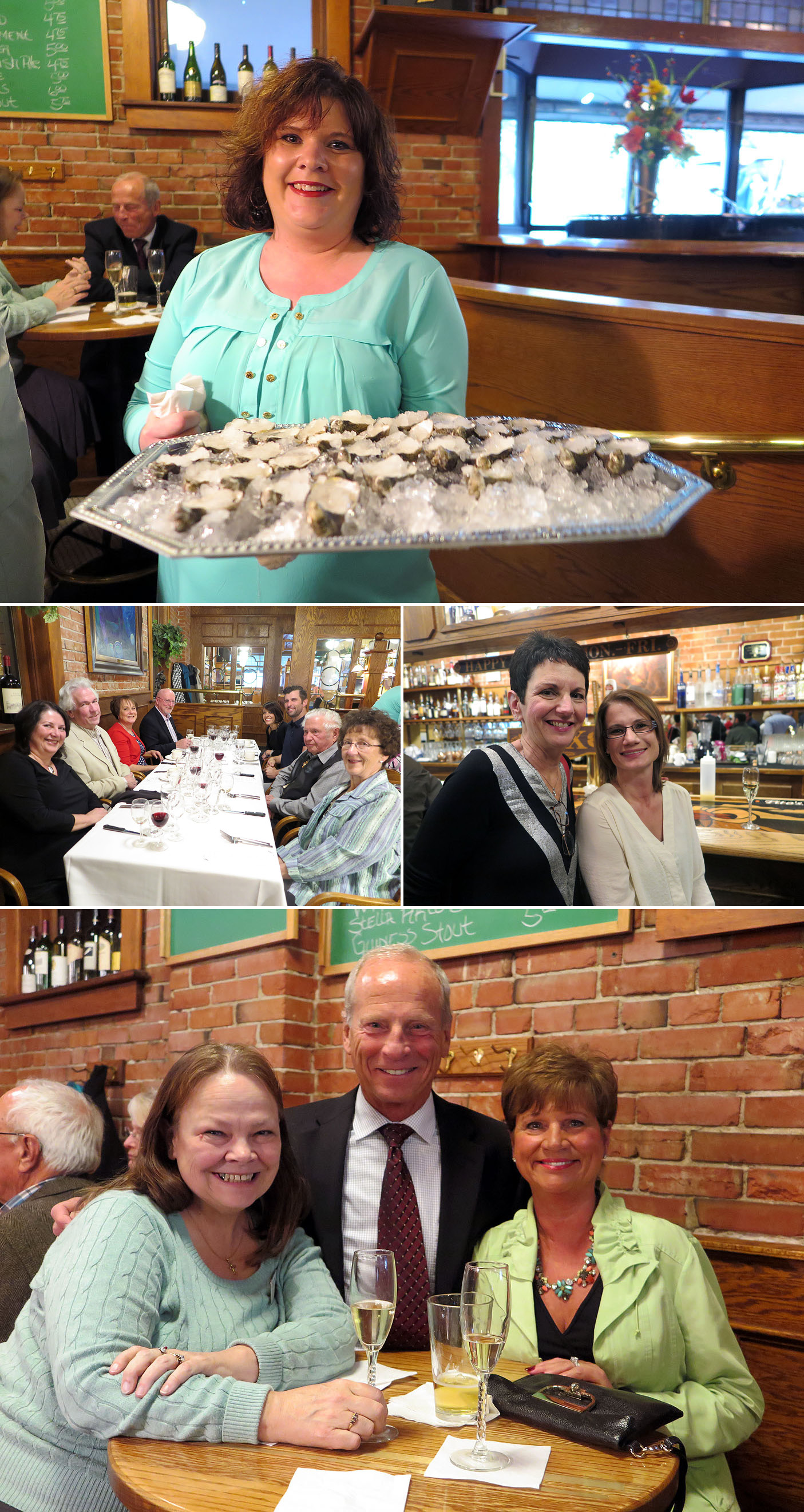 The “Tasting Course” of Grilled Octopus and Txistorra, reminiscent of cooking over a fire on the beach, married texture and spice. The tongue twisting basque style sausage spiced with cayenne and garlic formed the backbone for the tender baby octopus, watermelon chunks and cherry tomato halves. Charred onion coulis and a harissa of espelette peppers, allspice, cumin and coriander completed this dish.

The “Seafood Course” included Oil-Poached Halibut, Asparagus, Leeks, Artichokes, Lemon Aoili and Pistachio “Soil”, the tasty nuts  ground with sugar forming a dust that exploded with nutty essence  while melting in the mouth  with the glistening flakes of halibut. 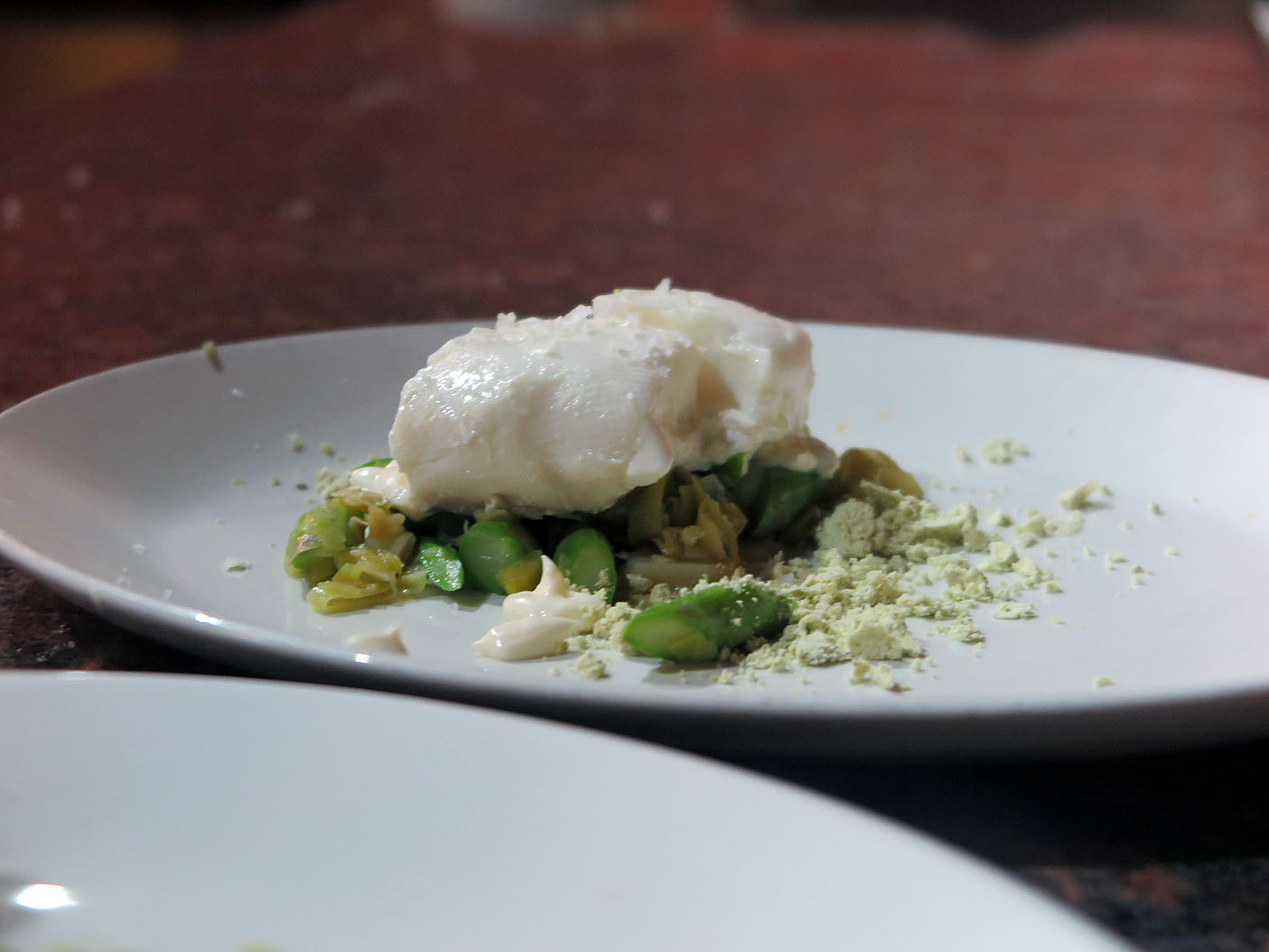 “There was a surprise fishing season opening last Wednesday for halibut in the San Juan Islands,” Ryan shared. “Washington halibut has better flavors than Alaskan halibut.” He knows because he cuts about 200 pounds of this fish at Matt’s in the Market each week.

Notwithstanding a Seattle-esque rainy night, the bounty from Chefs Maplethorpe and Ryan was illuminating, highlighting food from the Puget Sound under the Big Sky.