We are tromping through the woods on the edge of Hyalite Lake. Ten women, in orange, blue, and white jackets, flatten a path with our snowshoes. Our heart rates are rising and the conversation never stops. Until we break out into a meadow. Rugged peaks of the Gallatin Range rise behind us as we begin our Snowga practice.

Photography by Lynn Donaldson, except where noted.

“Snowga generally refers to doing yoga outside, on the snow,” said Jen Brick DuCharme, founder of FLOW Outside and our Snowga leader. “In many cases, this takes place on snowshoes. In some circumstances it can also mean a combination of completing an on-the-snow outing followed immediately by participating in a yoga practice indoors.”

Jen takes groups of people on these sorts of excursions all winter long, and you have to love small towns because more often than not you will bump into a friend. Today, Lynn Donaldson is on assignment for the New York Times to photograph this new, trending activity. 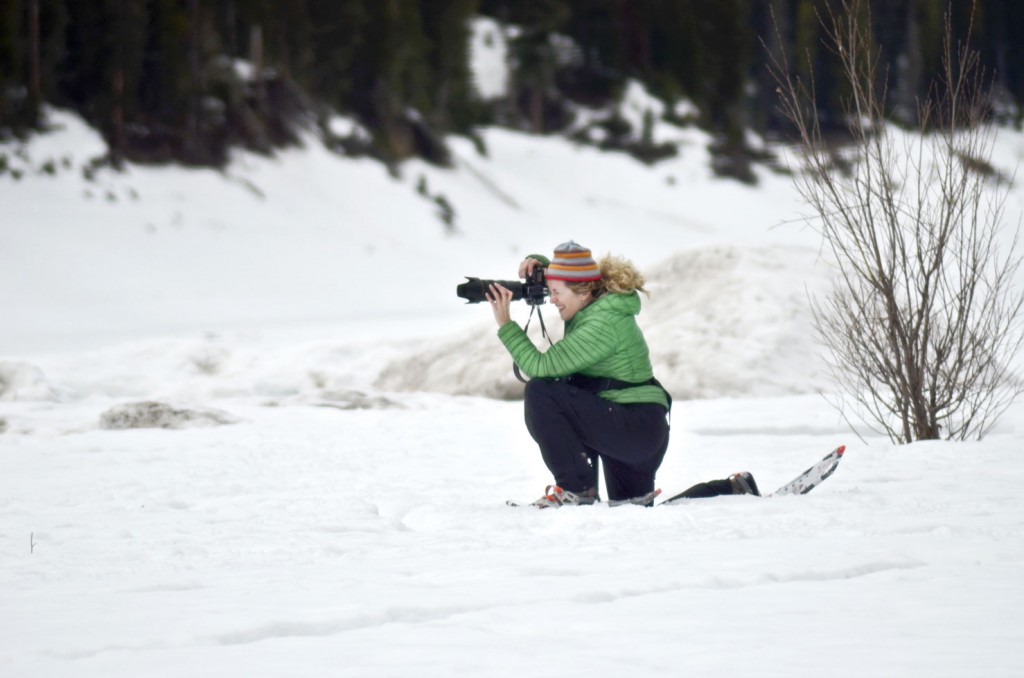 Jen’s been guiding people outside for a long time. We first met in the mid-90s when we both worked for Ventura, California-based Naturalists At Large. Jen was a field coordinator at the time and I was one of the naturalists roaming the west, meeting with school groups, and leading them in environmental education experiences.

Somewhere between then and now, we both got married and had two kids— girls for Jen, boys for me. We independently took those kids to the Bozeman Maze a few years ago and recognized each other.

Last winter we decided to collaborate on a snowshoeing event. It made sense for the owner of an outdoor guiding company and the author of a cross-country ski and snowshoe guidebook to reconnect at a snowshoeing festival Jen hosted at Bohart Ranch.

Back in Hyalite Canyon, we do a series of standing poses on our snowshoes. Triangle, Goddess, and some balancing poses. We are toasty from the hike, and the snowshoes are not as awkward as I expected. Lynn bounces around capturing it all on her camera. The air is clear and our group is both vibrant and relaxed.

“Snowga provides all of the benefits of regular yoga which include: a stronger and more flexible body, increased sense of peace, increased energy flow, and increased confidence,” Jen said. “Additionally, participating in a Snowga class also exposes one to all of the health benefits of time spent outdoors which include: Vitamin D, increased levels of immunity, attention span and memory, and decreases in stress and depression, etc.”

Just like SUP Yoga, which FLOW Outside also offers, Snowga offers an opportunity to refine technique (because of uneven surface) and for enhanced focus (because of various natural distractions).

Almost any time out in the snow is a good time, in my opinion. But the added benefit of strengthening and stretching, and reconnecting with an old friend and meeting new friends, made this one of my favorite mornings of the winter. 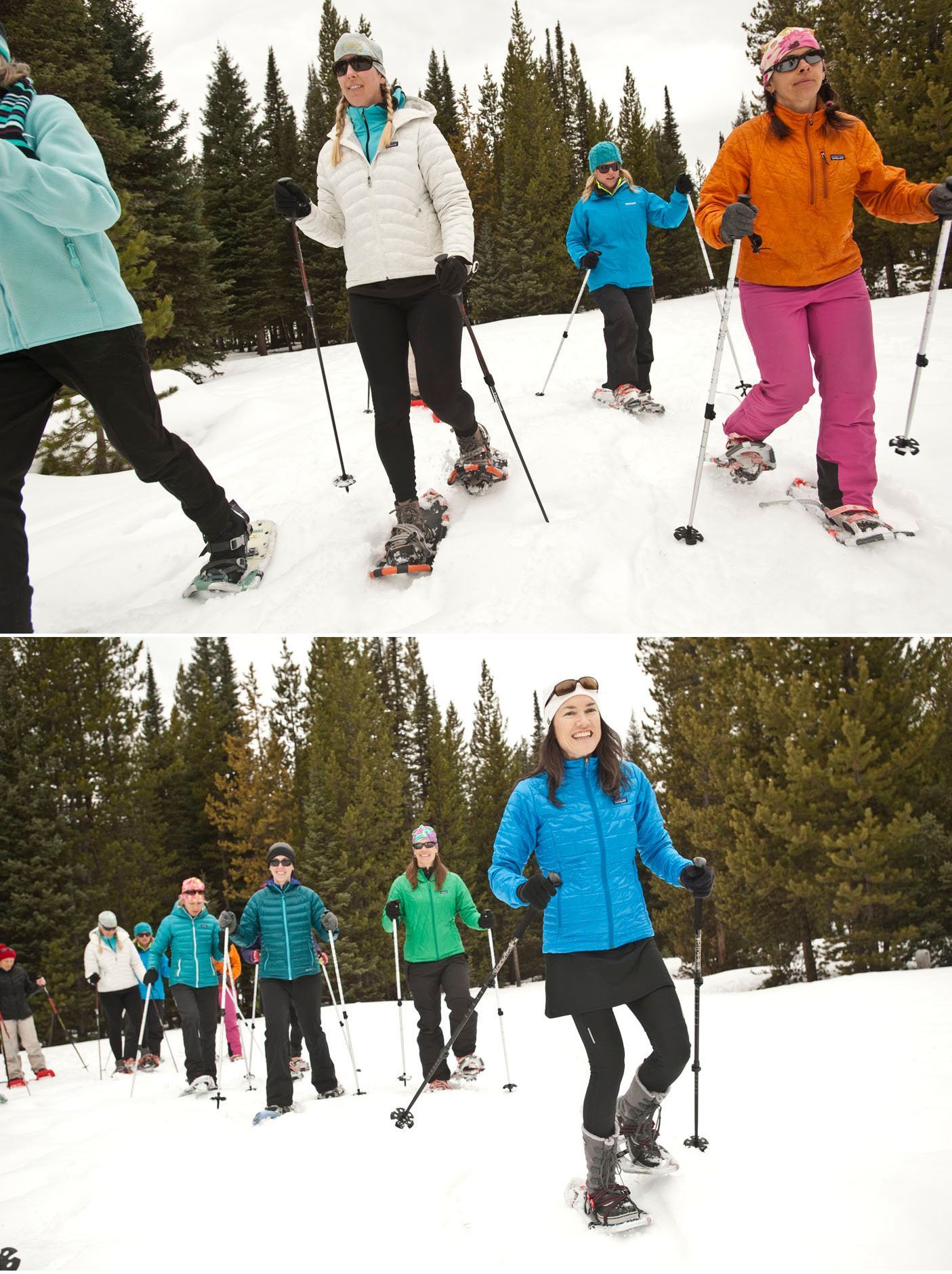 Check out Flow Outside’s Facebook page for news on their winter offerings.