In what used to be a cinder block garage in Bozeman, a cidery has sprung up. Like most things that “spring up” this one took more than a year of planning and renovation before the Lockhorn Cider House opened February 2014. Just over a year and half later, the Cider House has become a Bozeman favorite. 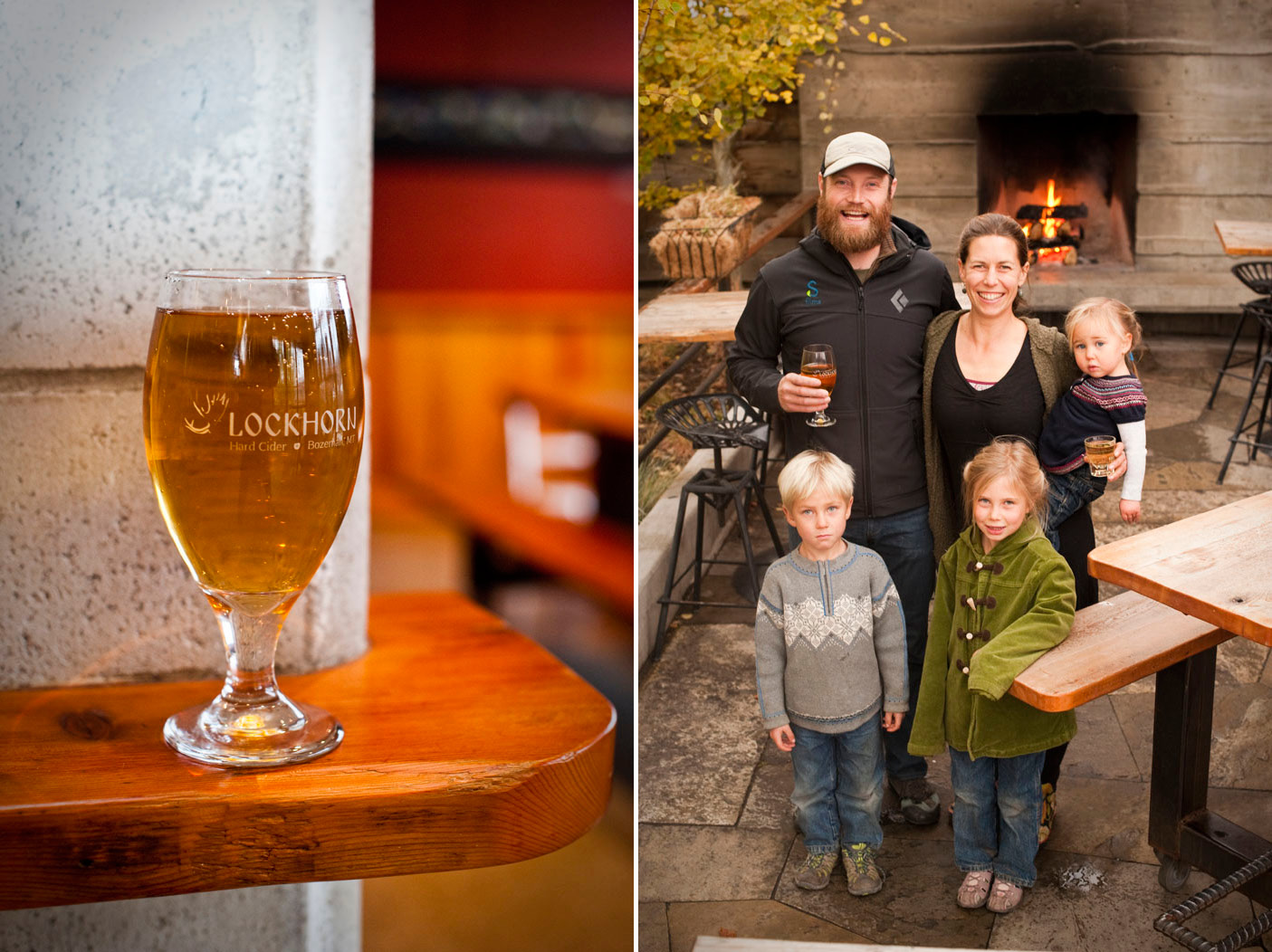 Glenn and Anna Deal bought the building on South Wallace and turned it into a quintessential Bozeman hot spot. The chic-industrial tasting room retains some of the cinder block walls, counters faced with reclaimed wood, local art on the walls, glass walls opening to a sidewalk patio, and is über energy efficient.

Two moose skulls with locked antlers hang over the tables, giving the cidery its name. Glenn spotted them from a plane in Alaska, marked the GPS coordinates, then hiked in to retrieve them. 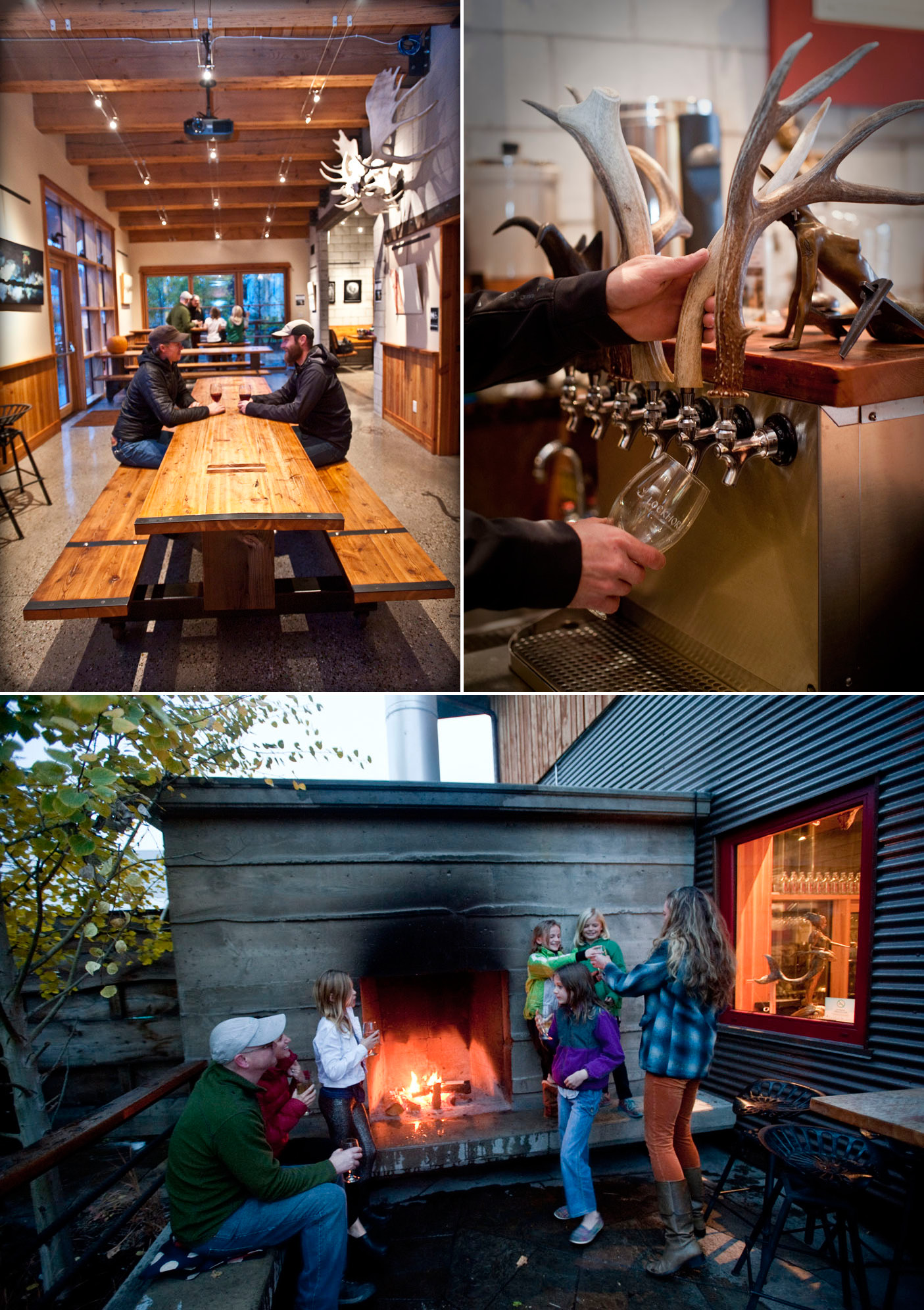 The current run of cider includes bone-dry apple, semi-sweet apple, ginger, Cascade hops (the kind used in beer), reserve, rose, raspberry, blueberry, habanero. Do yourself a favor and get the sampler. The cider is gluten and sulfide free, meaning less chance of a hangover the next day.

Their gluten-free menu includes a cheese board, ploughman’s board, salami board, hummus, nuts, local chocolates, and sweet (non-alcoholic cider).

Sometime after Prohibition, the word “cider” began to refer to unfiltered apple juice. Americans like it hot, with a dash of cinnamon. Anywhere else in the world, apple cider is as dry as Champagne and as cold as beer. To clarify things for thirsty Americans, we call the first “cider” and the second “hard cider.” It’s the hard stuff that’s made at Lockhorn. 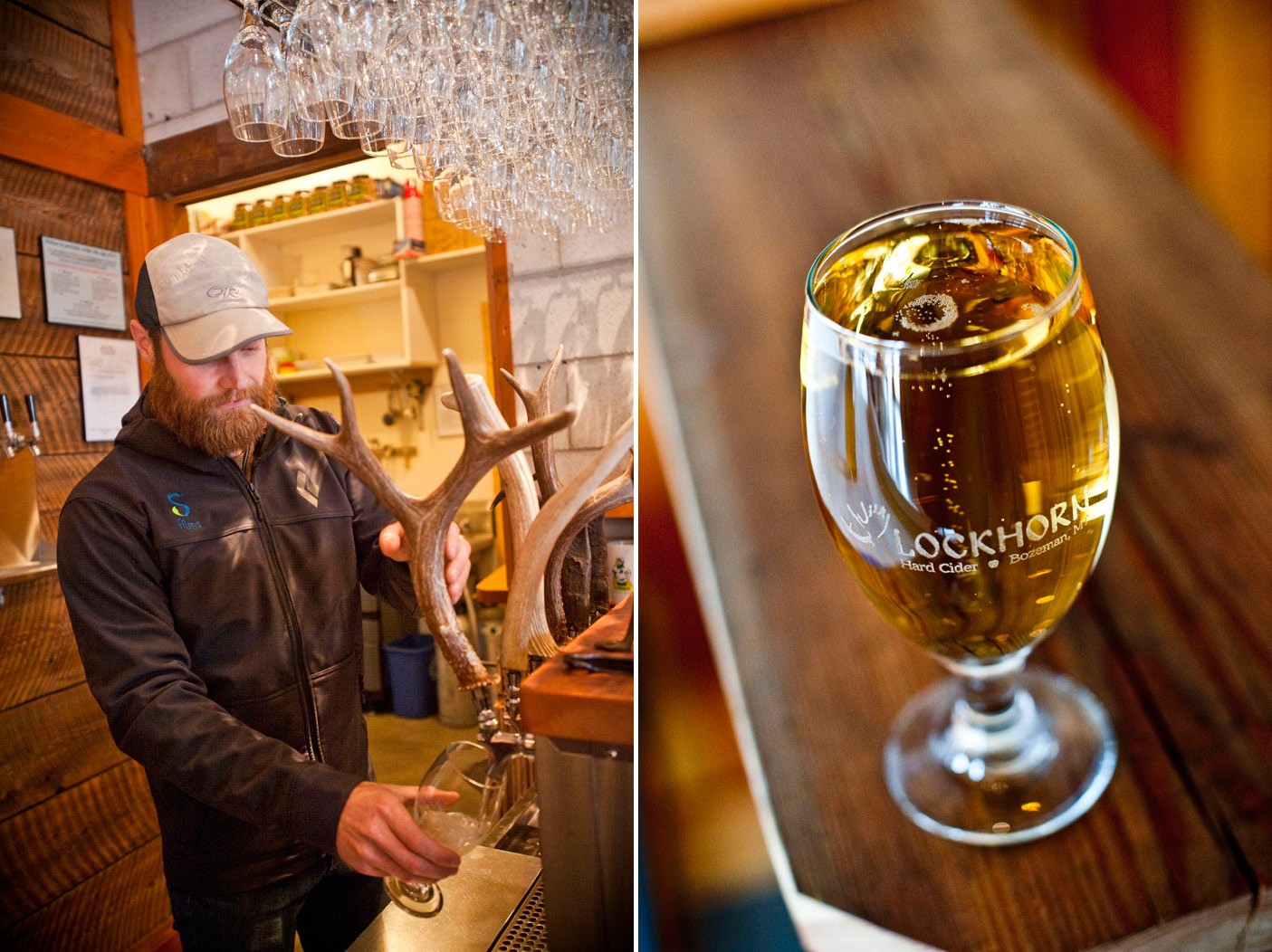 My eight-year-old son calls hard cider “rotten apple juice,” but it’s a bit more complicated than that. Making it is about a three-week process involving the right ingredients, chemistry, monitoring, and waiting. The Deals start by filling their three three-thousand-gallon tanks with apple juice and bringing the temperature to 60 degrees. They add yeast and organic nutrient, then carefully monitor the temperature because as the yeast metabolizes it generates heat, which can disrupt the flavor. Adding to the mad scientist feel, they measure the specific gravity with a hydrometer, which tells them the amount of sugar in the cider. When the hydrometer reaches zero, the beverage is ready for the next step. 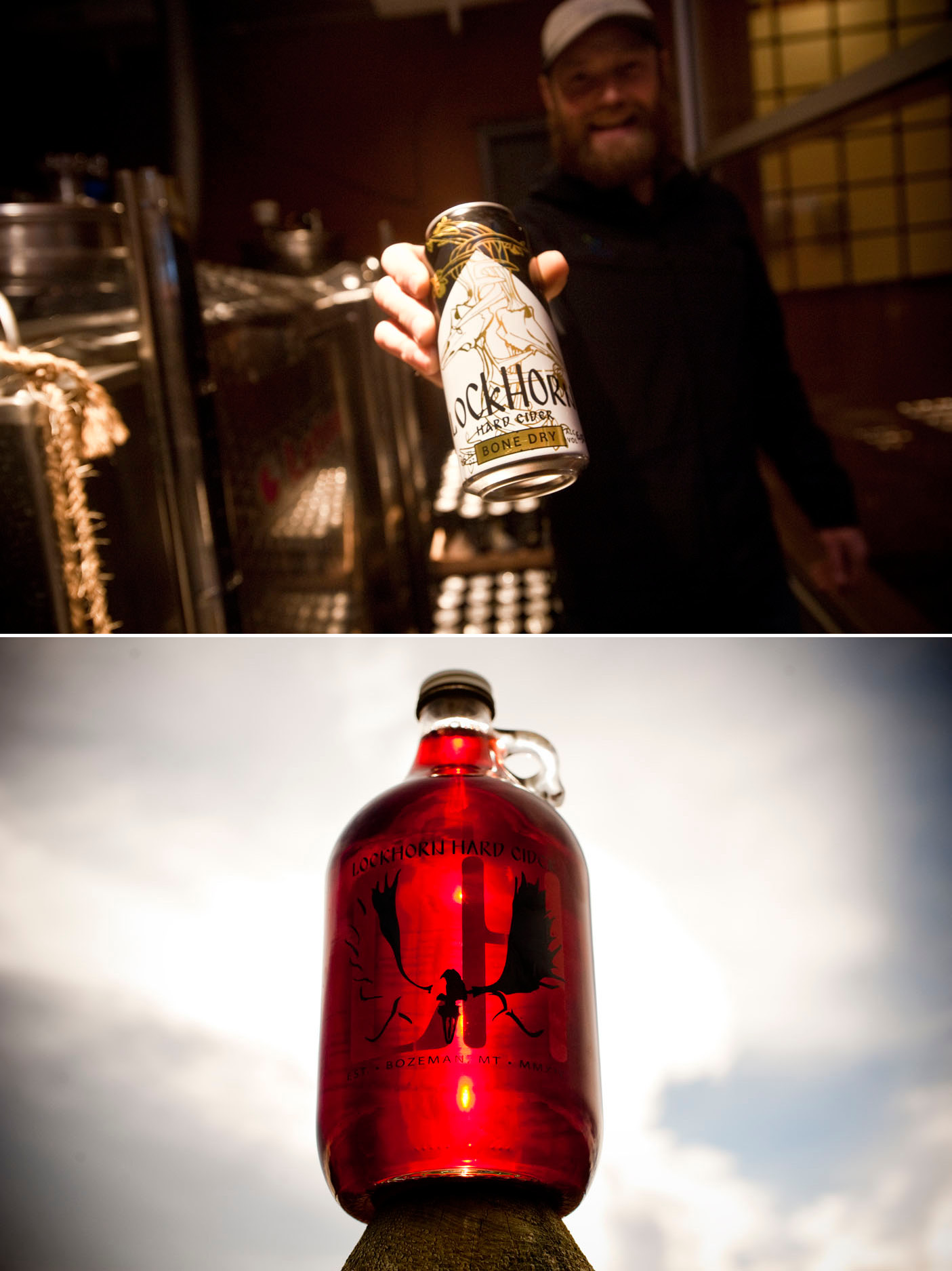 After two weeks the almost-cider enters a period of cold stabilization. The golden liquid is then “racked,” or pumped into another tank where carbonation is added. A finished sparkling, boozy concoction is the result.

Most ciders have added sugar to sweeten things up, but the Deals avoid adding the carbohydrate to their drink—perfect for those on a low-carb diet. They also let their cider run dry, or ferment completely, so it is naturally preserved without the addition of sulfites or the need to pasteurize.

Like wine, the cider ages well and improves over time.

In June they started canning their cider. Fitting with the times, they are holding an ongoing selfie contest. Post a selfie with one of their cans on social media and use the hashtag #theLockhornLife. Weekly winners will receive a free glass of cider. 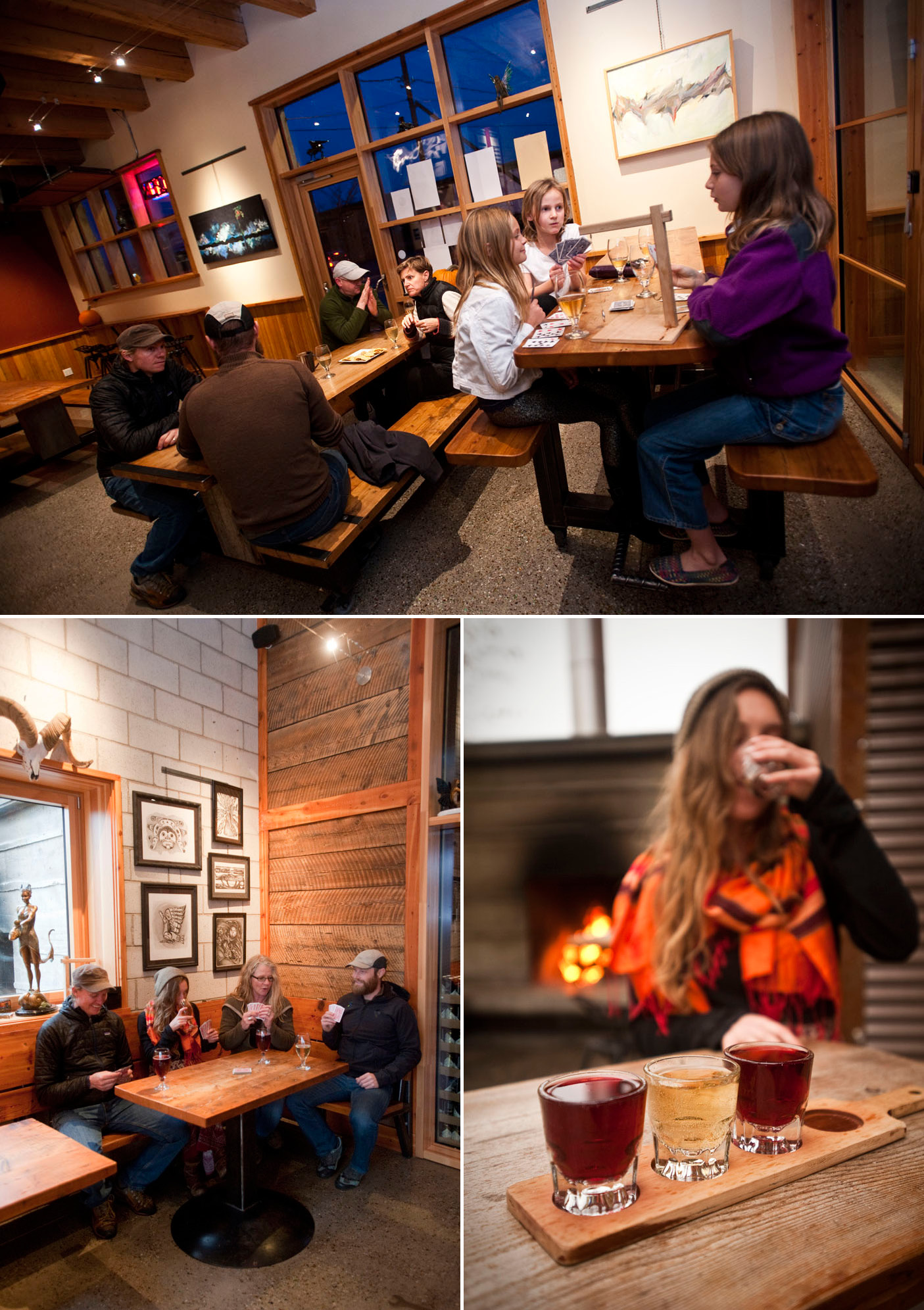 Unlike a brewery or distillery, Lockhorn Cider House operates under a winery license. This means that can stay open late. Some weekend nights they have live music; call ahead to find out. On cool nights, a fire blazes in the outdoor patio fireplace. Just the kind of place you want to hang out and sip cider.

This story was updated for The Last Best Plates, but was originally published in the Great Falls Tribune.