For four late-summer days on an old dude ranch near the confluence of the Clearwater and Blackfoot rivers, where Norman Maclean, the author of A River Runs Through It fly fished, an alchemy of storytelling, natural beauty, music, and booze coalesced a tribe of sorts at the Beargrass Writing Retreat. 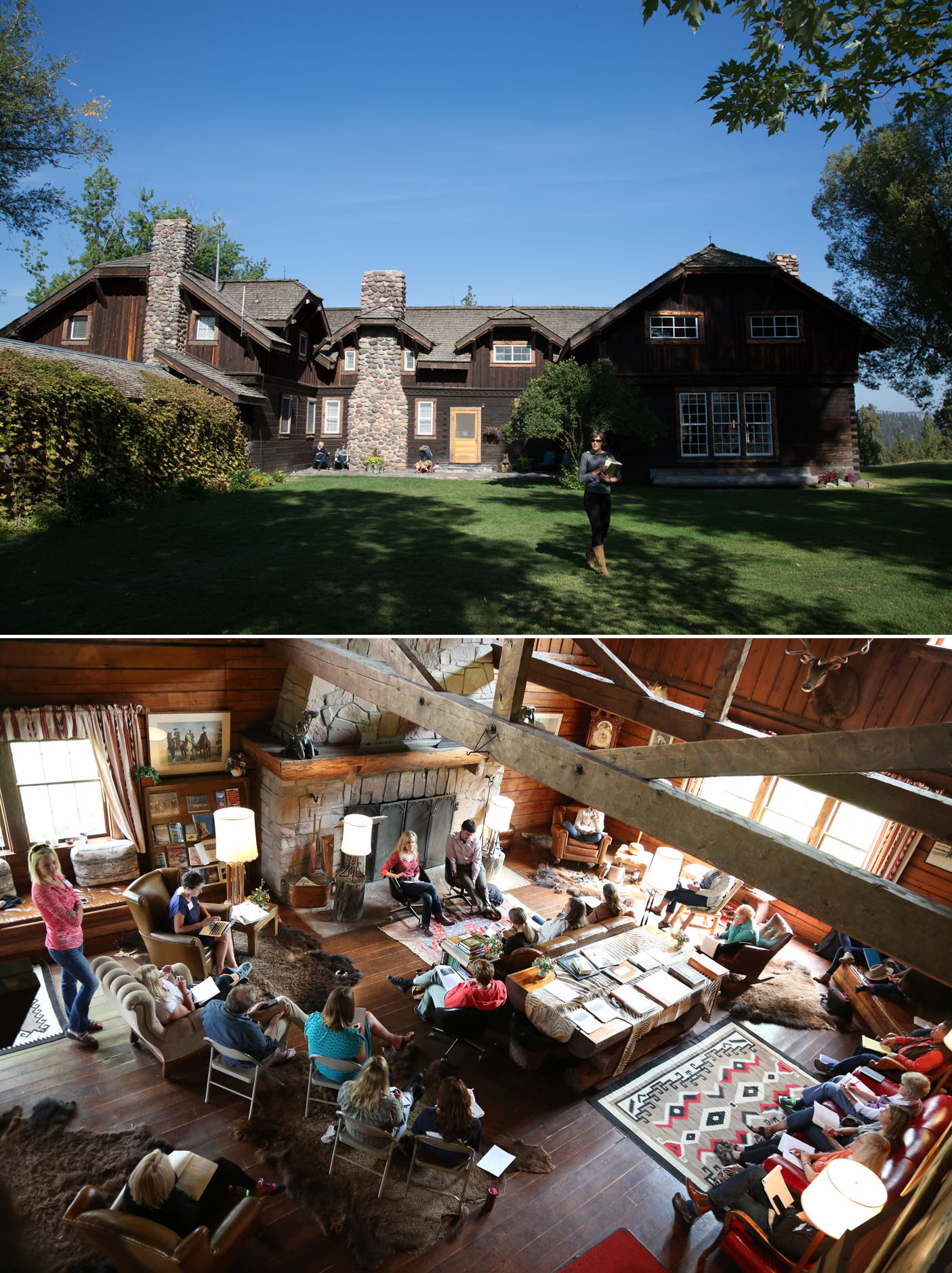 Photography by Seonaid B. Campbell

The retreat is the brainchild of Missoula-based poet and outdoorsman Chris “CD” Dombrowski and was fostered by Juanita Vero and her father Louie, who offered the use of their fourth-generation E Bar L guest ranch. Thus the inaugural Beargrass Writers Retreat came to be. Over the course of four days and three nights, we met for a common purpose—to deliberate the craft of using the written word to interpret life. 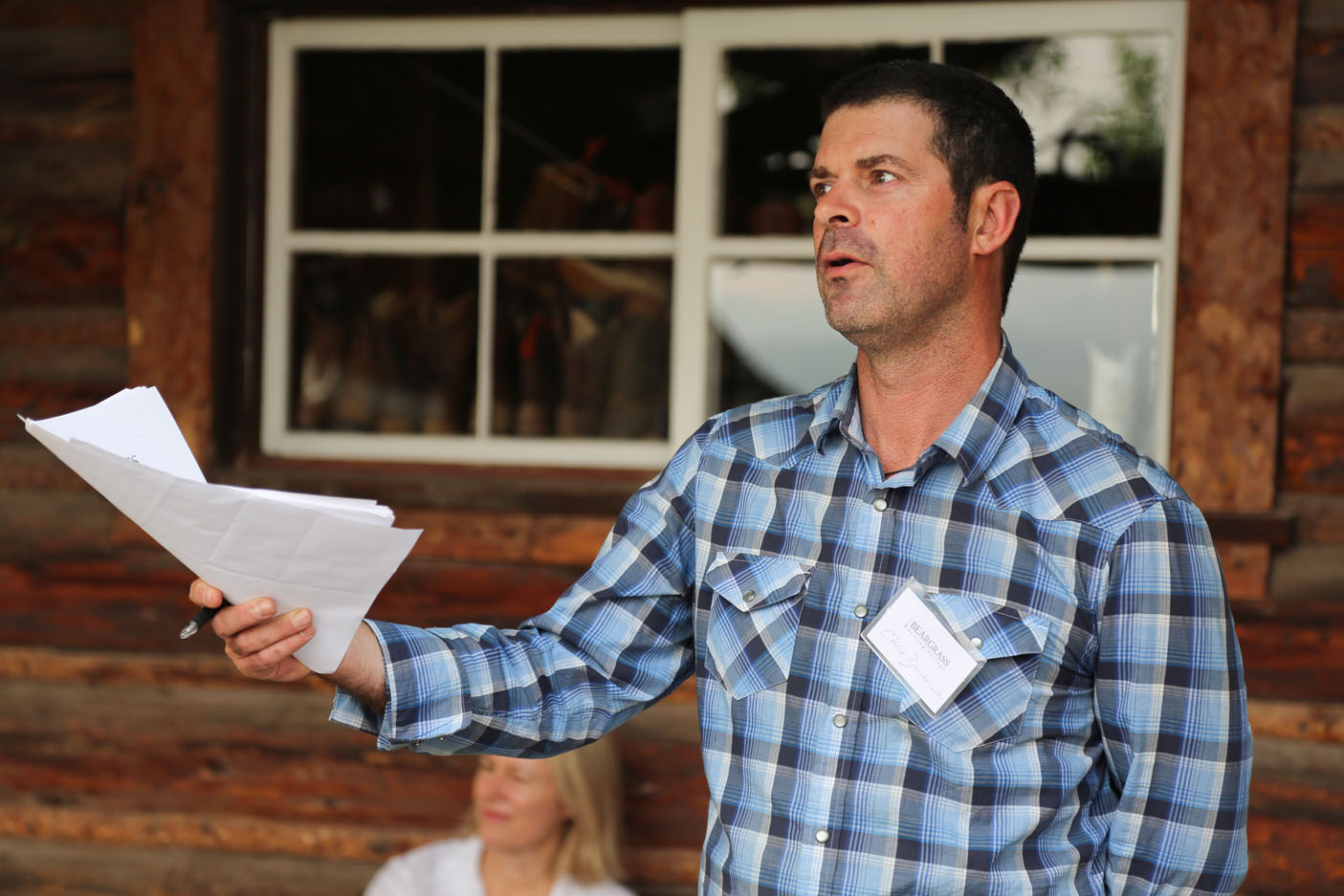 Knowing me as a writer and photographer, CD invited me to participate in exchange for images. I embarked for Beargrass on the last Saturday of August, driving westward towards skies choked with the smoke of countless wildfires. Upon arrival, I was greeted by No Trespassing signs at the ranch’s entrance that read, “Keep out. Go away” and “Violators will be ventilated.”

The E Bar L is an elusive and exclusive dude ranch that accepts guests by referral. The warnings are a half-truth. The place is private, but everyone there has a fabulous sense of humor, and the signs foretold the laughter that would ensue. 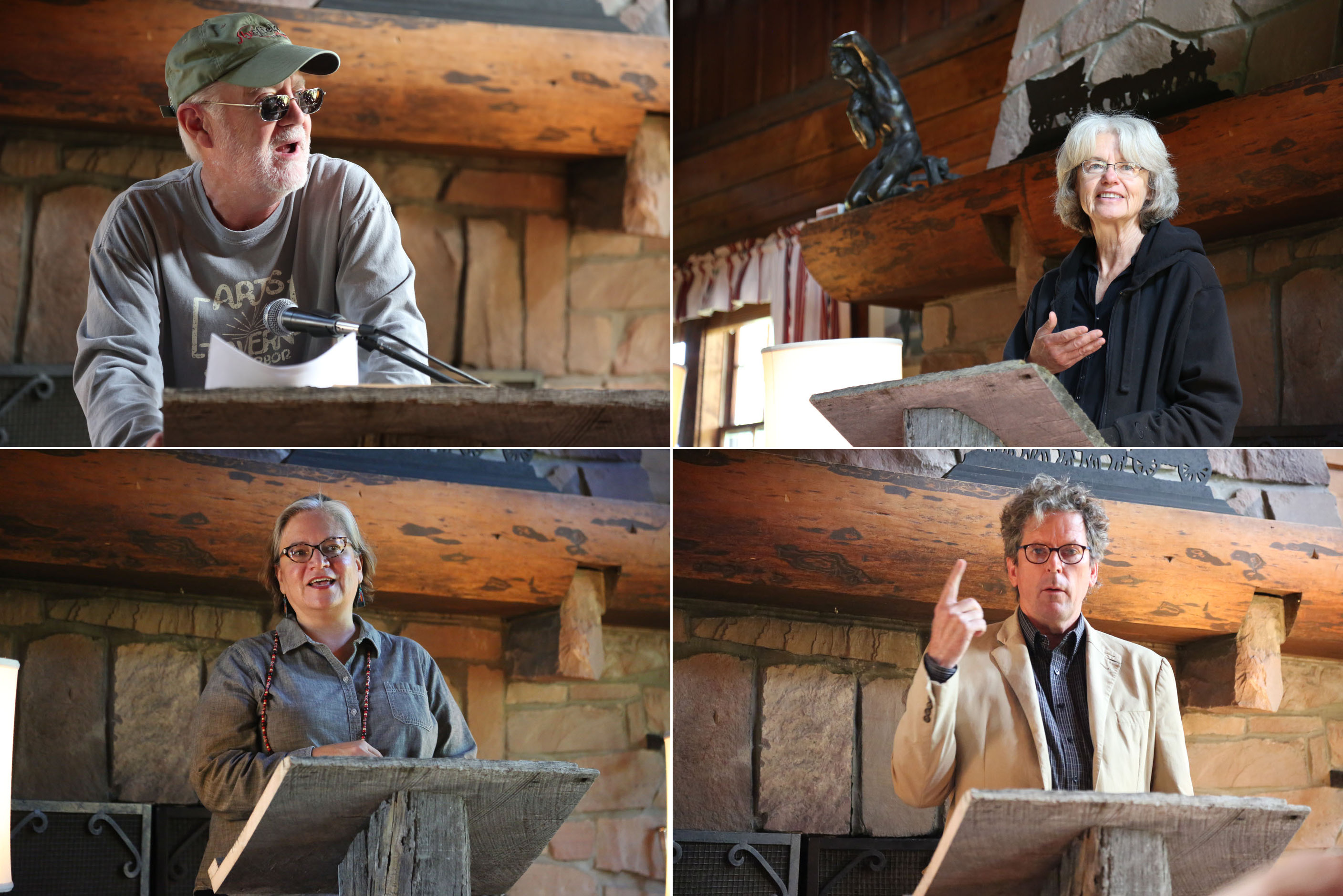 Presentations, opportunities to socialize, occasional down-time, and meals punctuated our day, culminating in cocktail hour at at “Sid’s Dump.” A dump it is not (more E Bar L humor). Sid’s is the ranch’s campfire area where we listened to live music and sipped artisanal cocktails mixed by Jenny Montgomery of Montgomery Distillery. At night, although we couldn’t light a real campfire because of the high wildfire danger, we had, thanks to the E Bar L’s Matt Knox, a creative alternative—logs lit by red light bulbs.

The stimulating days made us hungry, so when the E Bar L dinner bell rang we headed to the stately 1930’s lodge to dine family-style on hearty comfort food. After, we retired to the “Big Room,” replete with Indian rugs, animal heads, and large vintage Western couches, to get cozy and hear a nightly reading. 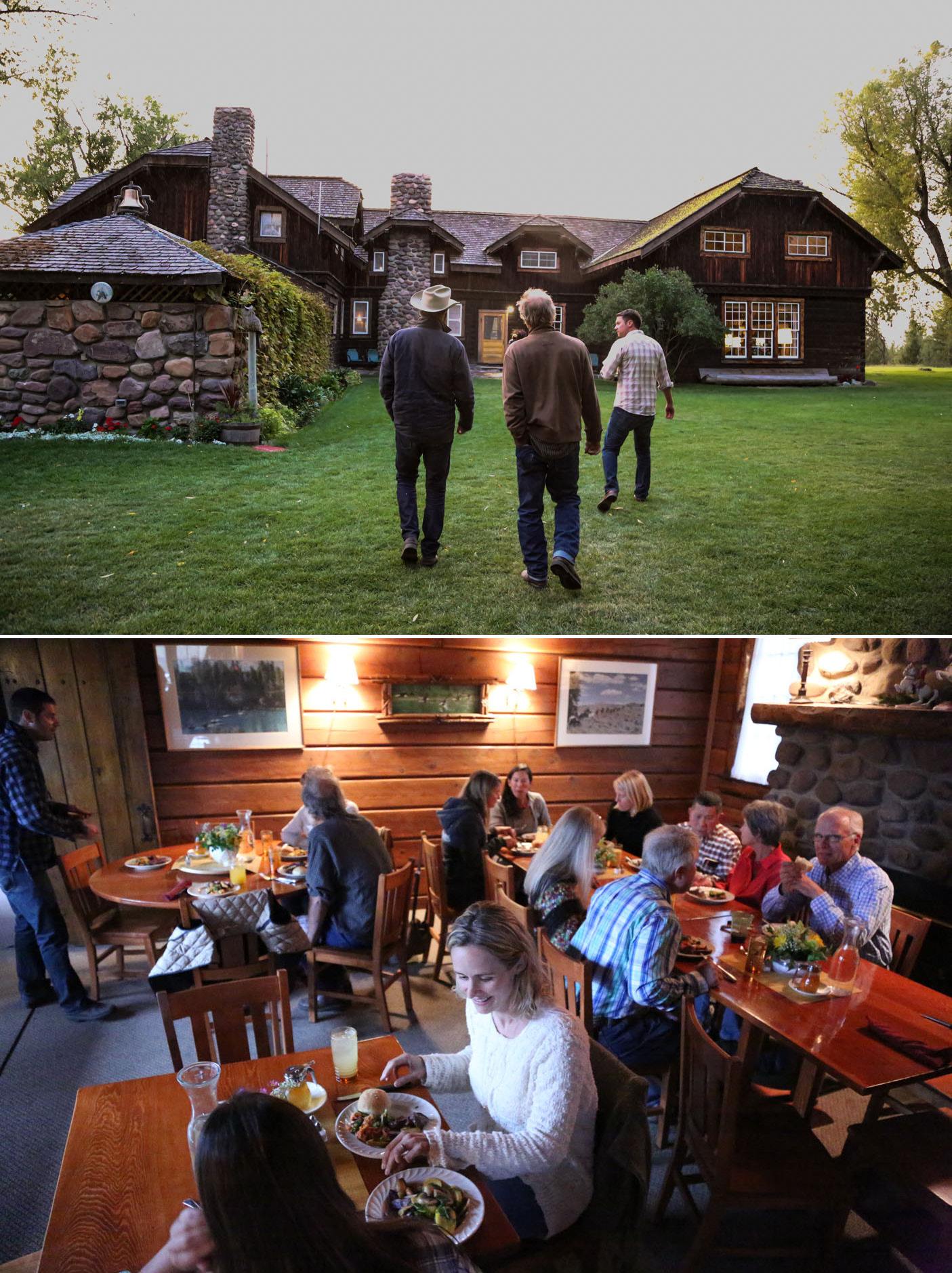 On the first night David James Duncan read from his forthcoming novel Sun House. Malcolm Brooks and Deborah Magpie Earling treated us to their works in progress the following evenings. Participants also bravely shared work, a testament to the supportive tone at the retreat.

Happily, our mental work was balanced by healthy doses of outdoor activity. Bryce Anderson, in his talk on memoir, argued that physical labor was necessary to the writing life. While we did not fix E Bar L fence, some of us did yoga on the lawn and rode horses through ponderosa forest and across the Blackfoot River.

And so it went… Inspiring talks, engaging people, lots of laughter and tasty cocktails. Eventually, rain came. The skies cleared. A rainbow appeared.

On our last morning CD gave us a fitting send off, as only a ridiculously well-read poet can, citing Maclean, Jim Harrison, Raymond Carver and other appropriate literary forbearers while speaking of the confluence of rivers and confluence of voices.

As a tribe we were now united. I, however, had experienced an internal split between my creative intents: engaging as a writer and shooting as a photographer. On one hand, I was seduced by what Earling called the “sensuality of language.” On the other, I was captivated by the place and people and photographed like a maniac. The challenge was good. My creative brain got ventilated.

As I drove homeward it occurred to me that the verb retreat means “a strategic withdrawal.” Beargrass at the E Bar L was the noun, “a quiet or secluded place in which one can rest and relax.” However, it was not merely that. For our tribe was a strategic advance.

Addendum: Alexandra Fuller is invited for 2016 and we hope she comes, for although there is no Cocktail Hour Under the Tree of Forgetfulness, as there is in her memoir of that title, there is cocktail hour at “Sid’s Dump.” Bo, it’s right up your alley!