For the hardworking farmers and ranchers of Montana’s eastern plains, the long, hot days of summer mean long hours spent working in the fields and little time for much else.

But before the summer days slip away, a late August celebration provides the perfect opportunity to relax and catch up with old friends and ranching neighbors.

That’s what Bill Dutton and his cousin, Dave, were thinking when they started the Jersey Lilly Rocky Mountain Oyster Feed 17 years ago. 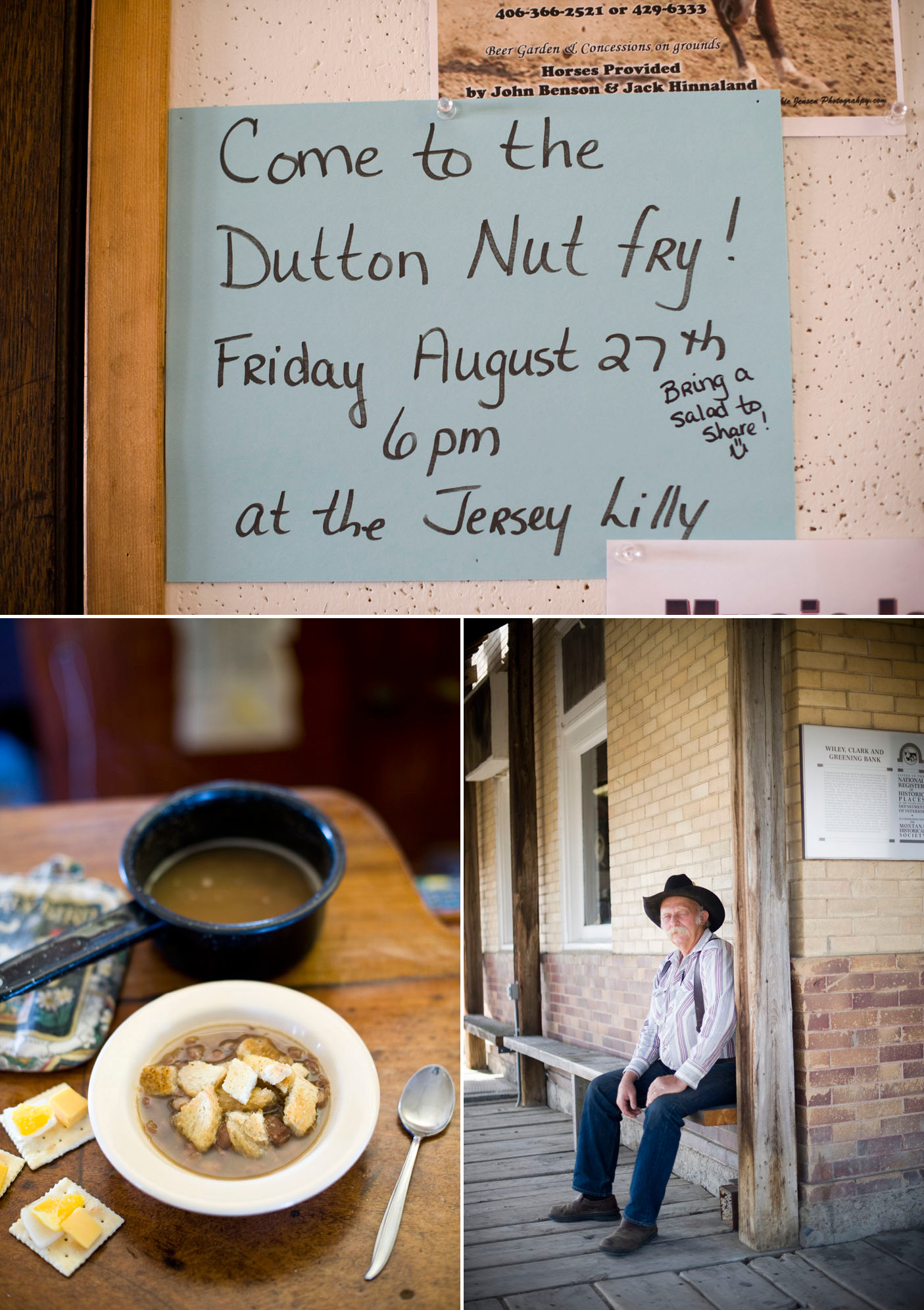 “It’s just a way to get people together,” Bill’s wife, Karen Dutton, explains.

Bill, 68, and Karen, 67, run a cattle ranch halfway between Jordan and Sand Springs, where the ranchlands take over the horizon and your closest neighbor is likely miles away.

It’s where Bill has lived his entire life, except for his two years in the service. The ranch that his grandparents founded and the neighboring ranch are now leased out to a large cattle operation, and Bill manages them both.

The first two years of the annual oyster feed were held in Jordan before it settled into the Jersey Lilly Saloon. The saloon is the last existing business in the town of Ingomar, where Main Street is a dirt road that leads past a few clapboard buildings and heads toward more ranchlands.

Built in 1914, the Jersey Lilly was once the town’s bank, transformed into the town’s watering hole in 1933. Although it has transferred hands a number of times, it’s still a gathering place for area residents.

“Now they’re known for their beans and steaks,” Karen said. “And there’s still no indoor plumbing, so it’s not a real girly place to go, but it’s fun once in a while.” 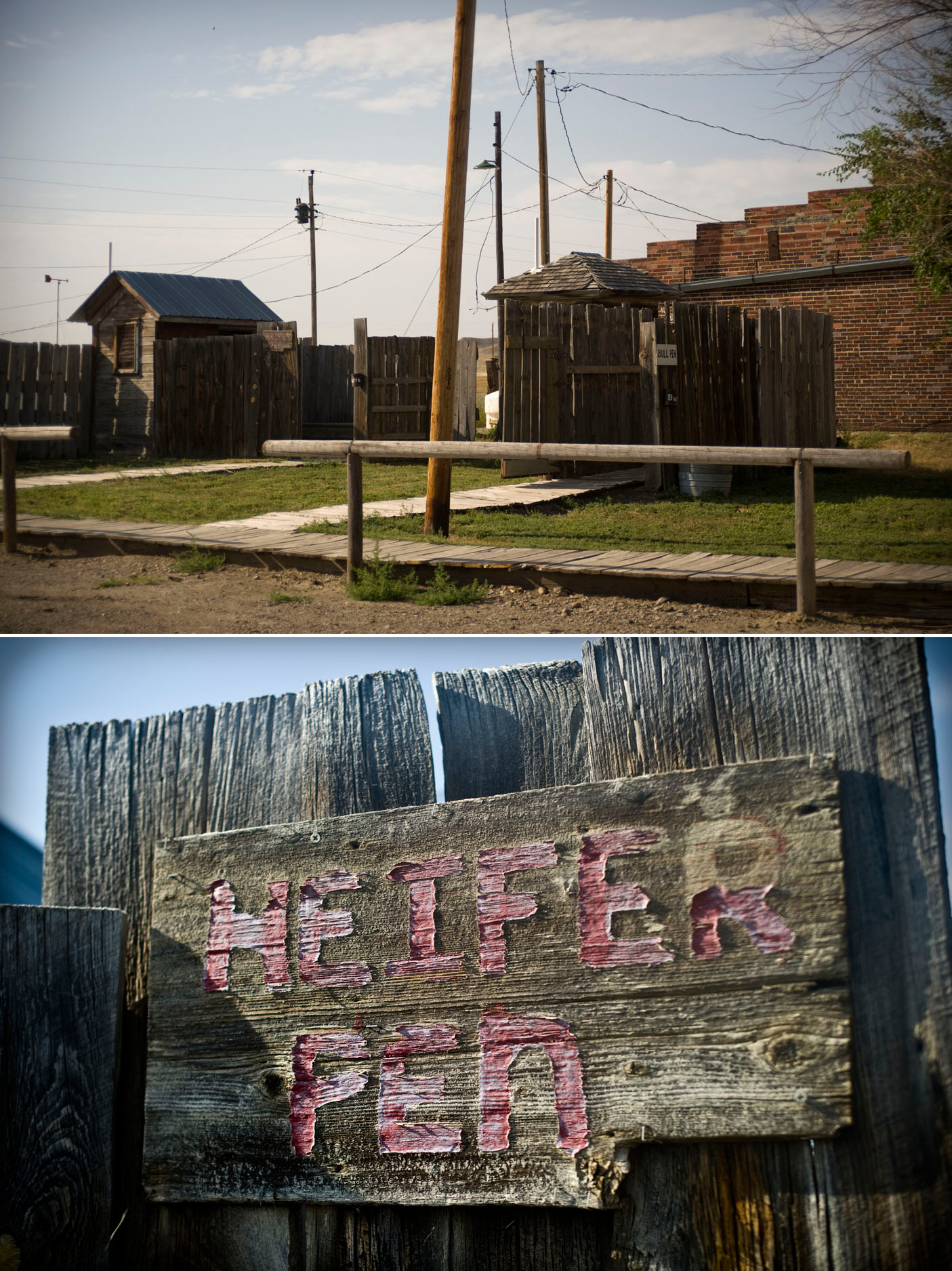 Bill explains that Ingomar used to be a sheep shearing capital.

“The railroad went through there, and they had a big shearing plant in the early 1900s,” he said. “Ranchers would also go there to get their mail and supplies.”

A Jordan local is hired to fry up the rocky mountain oysters (also known as prairie oysters or calf fries), and others start rolling in soon after, Tupperware in hand, as the pot luck-style side dishes and desserts start piling up on the inside tables.

“The ladies all bring a dish of some sort, so there’s not just oysters,” Karen said. “A lot of the ladies don’t like the oysters, but the guys do.”

She claims that rural cooks are the best, bringing everything from salads, meatballs and cold cut dishes to homemade pies.

Bill does enjoy the breaded and deep fried bull testicles that are left over from the seasonal brandings throughout the area.

“They’re just good to eat,” Bill said. “They’ve got a taste of their own, I don’t know how to describe it, but how can you ruin anything deep fried?”

People grab drinks from the bar, pile food on their plates and pull up chairs by friends and family to wolf it all down.

Some years there’s live music, and others, like last year, there’s a portable radio with music designed to draw couples of all ages to the dance floor.

The Duttons, who claim they’re “old as dirt,” usually start the 50-mile drive home by 9 p.m., leaving many others behind to enjoy the revelry long after the late summer sun sets.

“Some come that you know you’ll only see once a year,” Karen said. “It’s a good way to visit with people and use up all those calf fries, cause what are you going to do with them otherwise?”

This post originally appeared in the September/October 2015 issue of Montana Magazine as part of a six part series Corinne Garcia & Lynn Donaldson on food, travel, and culture in Montana.

Corinne is a Bozeman-based freelance writer, writing for a number of national and regional publications and websites, including Country Living, Martha Stewart Living, The Land Report, and usatoday.com among many others. She’s passionate about writing about the local food system and all of the amazing people, from the farmers to the chefs, who make it work. She writes from her office at The Emerson Cultural Center. Check out her work at corinnegarcia.com.

Having three kids under the age of nine means we are no strangers to corn mazes and pumpkin patches. When we had just one…