Ask any Montana native about Big Sky and you’ll likely hear a mixed response, including tales of a community disconnected from the real Montana. This perspective may have once held a hint of truth, but come to Big Sky for the Professional Bull Riders (PBR) event, and I promise you’ll find the new Wild West.

Voted the #1 stop on the tour for two years running by the riders, (nobody asked the bulls), the Big Sky PBR has quickly become the summer event in Big Sky – which to be fair has a pretty impressive summer events calendar. This year, I experienced it from the VIP Golden Buckle party tent. In this festive atmosphere ranchers, tech developers, fish guides, and real estate professionals, (plus their significant others), instantly become a gregarious pack of “foodies” passionately seeking craft cocktails and fine wine.

Chef Nick Steen and his team from Lone Mountain Ranch catered the lively affair, serving up slow-smoked brisket sliders, complimented by ceviche fish tacos, and paired with your choice of Moscow Mules or Viognier. Many followed the main course with a shot or two of Bozeman Spirits’ 1889 whiskey before savoring a little panna cotta.

The party flowed right into the rodeo grandstand where the show opened with patriotic pageantry before a thunderous parade of bulls and cowboys kicked up dust and tore up the arena in an epic battle for 8-seconds of glory. As the silhouette of Lone Peak towered on the horizon a full moon rose over the Gallatin Range and the people of Big Sky howled with delight as their bull riding champion was crowned.

And how does Big Sky cap off an epic July summer evening? With nothing less than a phantasmagoric musical homage to Led Zeppelin by the one-of-a-kind tribute band – Zoso. Right before our eyes, they manifested the very living specters of Robert Plant, Jimmy Page, John Bonham, and John Paul Jones. As if the first step of the “Stairway to Heaven” was laid in Big Sky, young and old made way for the front row and rocked their way deep into the night.

For those who heard Big Sky is a boom and bust ski town lacking in soul, think again. Just like the innovative and adventurous railroad and mining towns that launched Montana in the 19th century, Big Sky is delivering the cultural cutting edge of 21st century western authenticity. 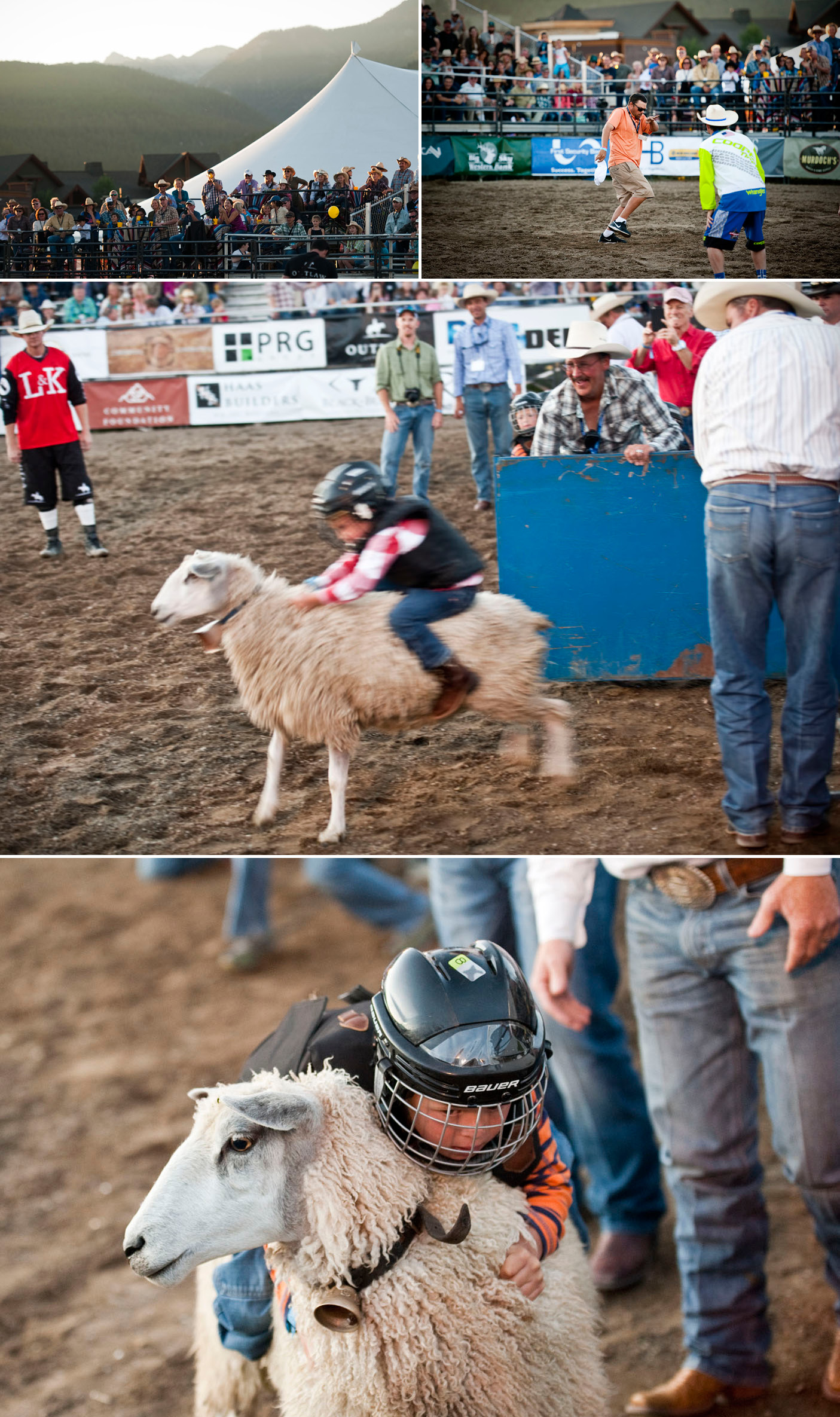 The Last Best Plates is honored to have many guest contributors. Ridin’ Bulls in Big Sky was written by our talented friend, Paul Robertson.