The Virgelle Mercantile, a remote and exceptional antique store and bed & breakfast near Coal Banks Landing on the Missouri river, should be at the top every Montanan’s bucket list. The easiest way to find it is to drive eight-miles down a gravel road hemmed by wheat fields and blue sky that shoots off of Highway 87 North between Loma and Big Sandy. But you can also arrive by floating 42 river miles downstream from Fort Benton, or by driving 19 miles down a gravel road from Loma, which will lead you to the Virgelle Ferry—one of only three Missouri River ferries left in Montana. One thing’s for sure: No matter how you arrive, it’s going to be wild and scenic. 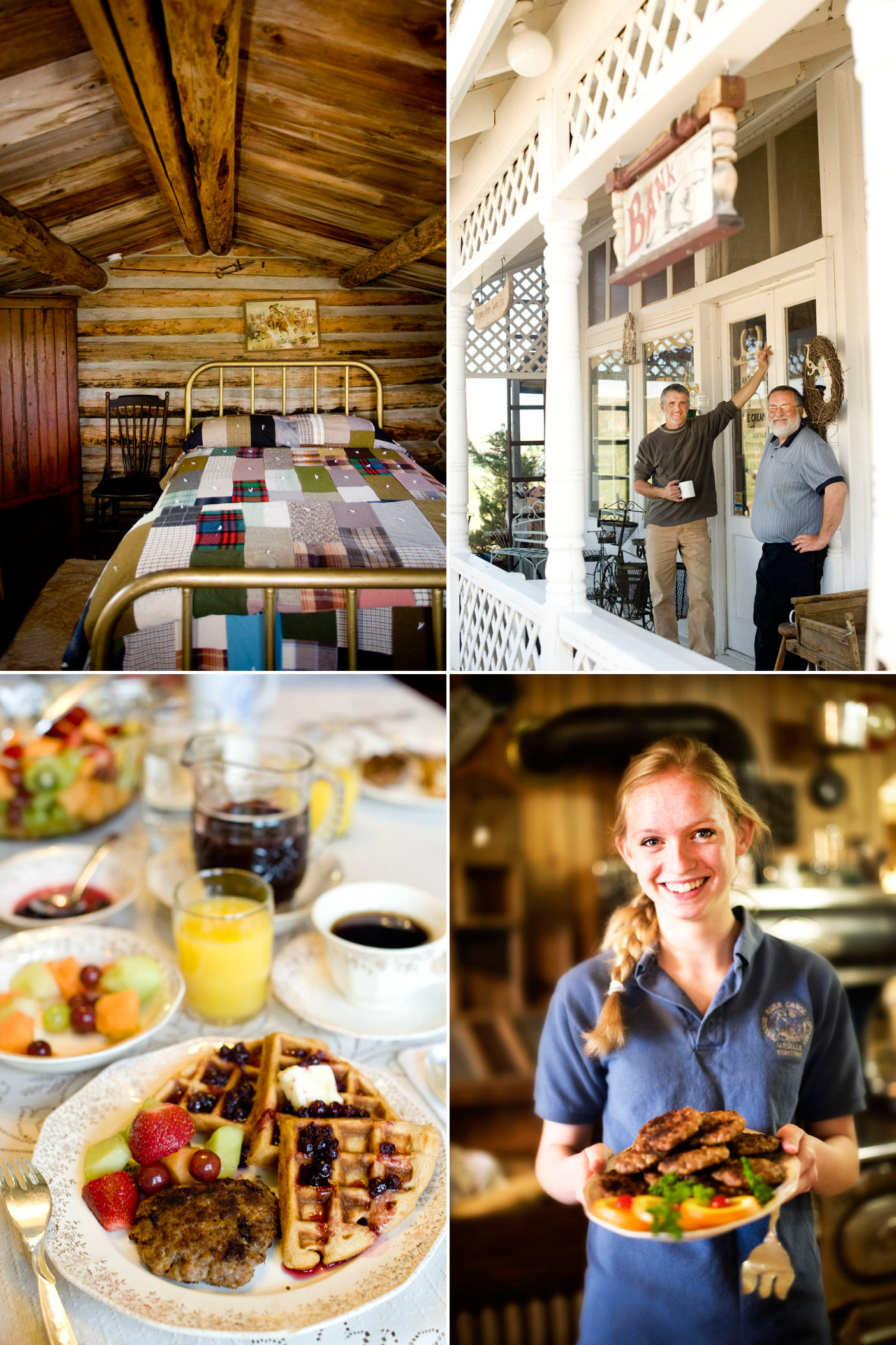 “You’ve got Coal Banks Landing at one end of the valley and the ferry at the other,” says Don Sorensen, who grew up six miles down the road from Virgelle on his family’s farm. Don bought the Mercantile—which turned 100 in 2012—in 1978 and began selling antiques out of it immediately. Within a year he was also orchestrating river trips and renting out homestead-era cabins, which he’d found and hauled in from within a 40-mile radius. He now rents out six cabins and a sheep wagon; each features period furnishings and has its history displayed on an interior wall next to a copy of the deed showing when the family “proved up “ on the homestead.

“We sell ice cream bars, water, soda, sunscreen, mosquito repellant, and pretty much anything you’d need on the river,” explains Jimmy Griffin, who has operated the Virgelle Ferry for over twenty years and has been Don’s partner in the Merc since 1993. “But it’s no longer a real, actual mercantile.”

Antiques are for sale throughout the building—even upstairs in the second floor B&B and down the block in the bank (also owned by Sorensen and Griffin). “I promise not to sell the chair you’re sitting on at the breakfast table, though” quips Sorensen, who serves B&B guests a locavore feast of waffles made from locally-grown KAMUT wheat topped with chokecherry syrup (made by Don’s sister from berries he’s picked on the riverbank) and a platter of sausage from a locally raised hog…ground and spiced to Don’s specifications. “And in the fall I like to serve cantaloupe from Pearson’s Big Sandy Missouri River Melons.”

Cabin guests receive a Continental breakfast, but there are a variety of packages are offered—from canoe and kayak rentals to a one-day White Cliffs cruise all the way up to a to a 7-day guided trip. Some packages even include hors d’oeuvres and dinner on one of the Mercantile’s porches.

“I just love what we do,” says Sorensen. “The whole world comes to my backyard, and I get to show them where I grew up.”

Henry Harrison, founder of Reel Action Media, created a gorgeous video about the Virgelle Mercantile. It is charming to hear Don Sorensen talk about the Merc and it really allows you to get a feel for the place. Of course, it just makes me want to return. Watch it here: