The difference between a backyard gardener and a market gardener is the answer given when asked, “Is your garden in?” Kim Keller and David (Max) Maxfield would never phrase their gardening operation in such a manner. Rather, “in a growing season, where you are doing succession plantings of many crops it’s never all in. There is always something new to plant.” they explain.

Photography in this post by: Cindy Owings & Max Maxfield

As owners of Pony Produce, they are without a doubt, market gardeners. The world of difference lies in their professional approach to growing and marketing vegetables. They sell wholesale to area restaurants and are vendors at the Bozeman Bogart Farmers’ Market and Ennis Farmers’ Market throughout the summer. They also partner with a Ruby Valley grower, Labyrinth Gardens, to offer a CSA. 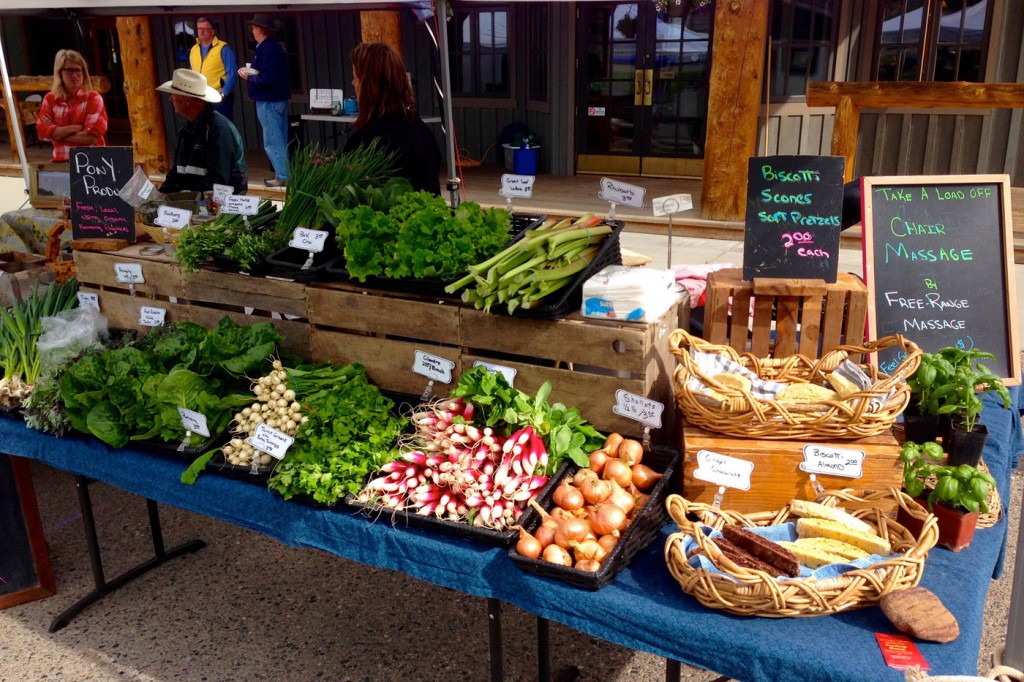 The road to Pony curves west out of Harrison and provides a panoramic view of the Tobacco Root Mountains where below, the tiny town of Pony nestles. Four years ago Max and Kim moved to Montana from Iowa. Kim brought with her 30 years of large-scale market farming experience. Max, a university professor, was realizing a lifelong dream to live in Montana. Both are distance runners drawn to southwest Montana’s steep mountain trails where they get away from hours spent bending over greenhouse growing beds and open field planting.

Kim and Max’s modest home perched on one of the highest spots in Pony has a “million dollar view” as Max calls it. Their house sits on ½ acre of land that they have filled with three greenhouses and outdoor raised beds. No lawns to mow here. Recently, Max built a small barn for storing equipment. In fact, he has constructed the entire growing operation including the colorful chicken house. The farm operation is impressive in its thoughtful organization, upkeep, and location just below snow covered mountain peaks. Who would guess that vegetables could be grown in abundance at this altitude? 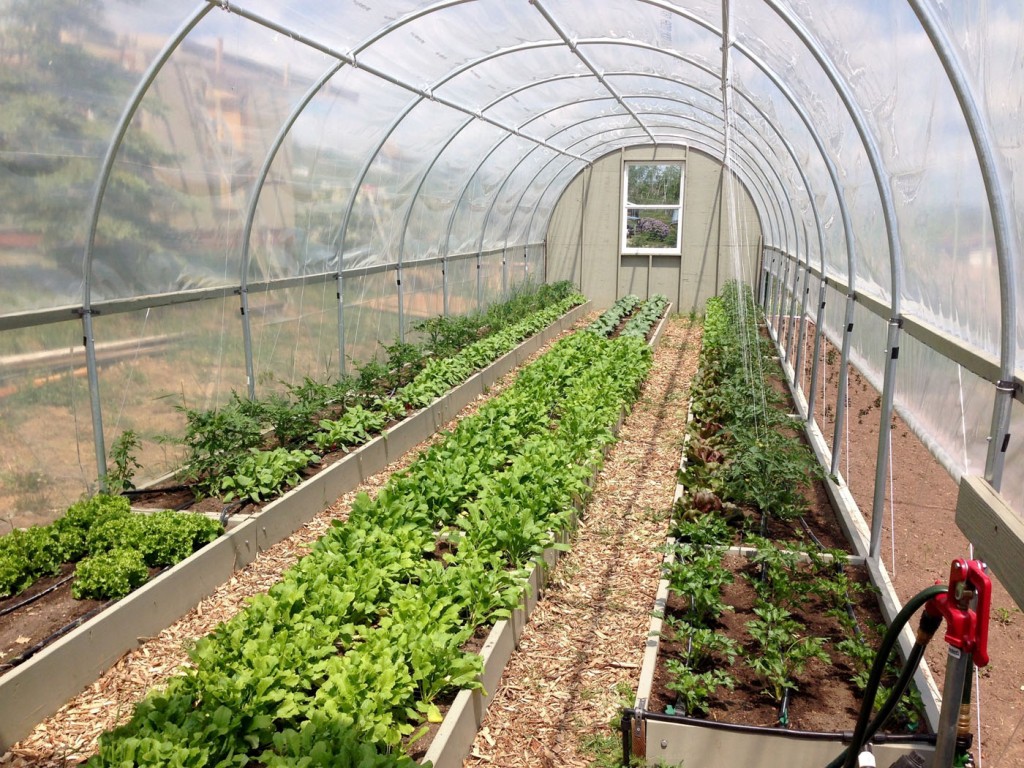 And, grow they do in the warmth of three greenhouses, named Earwig, Moose, and Mini Me, outside growing beds, and two neighboring fields. The day I visited in April, the greenhouse beds were bursting with basil, spinach, mixed greens, and tomatoes. A heated pad that provides a jump-start for early propagation of warm weather crops heats trays of veg seedlings waiting to be planted. Recently, while Kim was away, it was Max’s job to oversee all planting, watering, and thinning guided by Kim’s carefully laid out schedules. 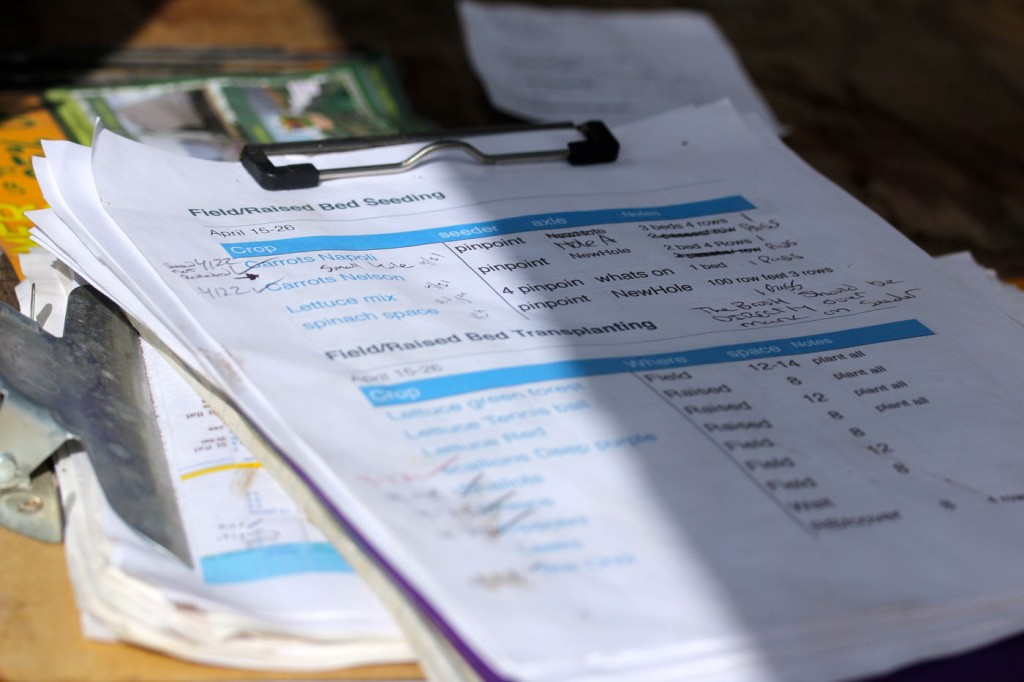 Any particular day finds Max and Kim multi-tasking while holding down jobs to help support their valued farming life. Kim works as a Massage Therapist in Big Sky at OZssage Spa and in Ennis at her own Free-Range Massage. Max teaches part-time as an Adjunct Professor at MSU. Together in their spare time, they help to organize, fundraise, and lay out trail markers two summer races: Headwaters Relay Race, a 230-mile run that traces Lewis and Clark’s route through southwestern Montana and Rampage the Roots in August. 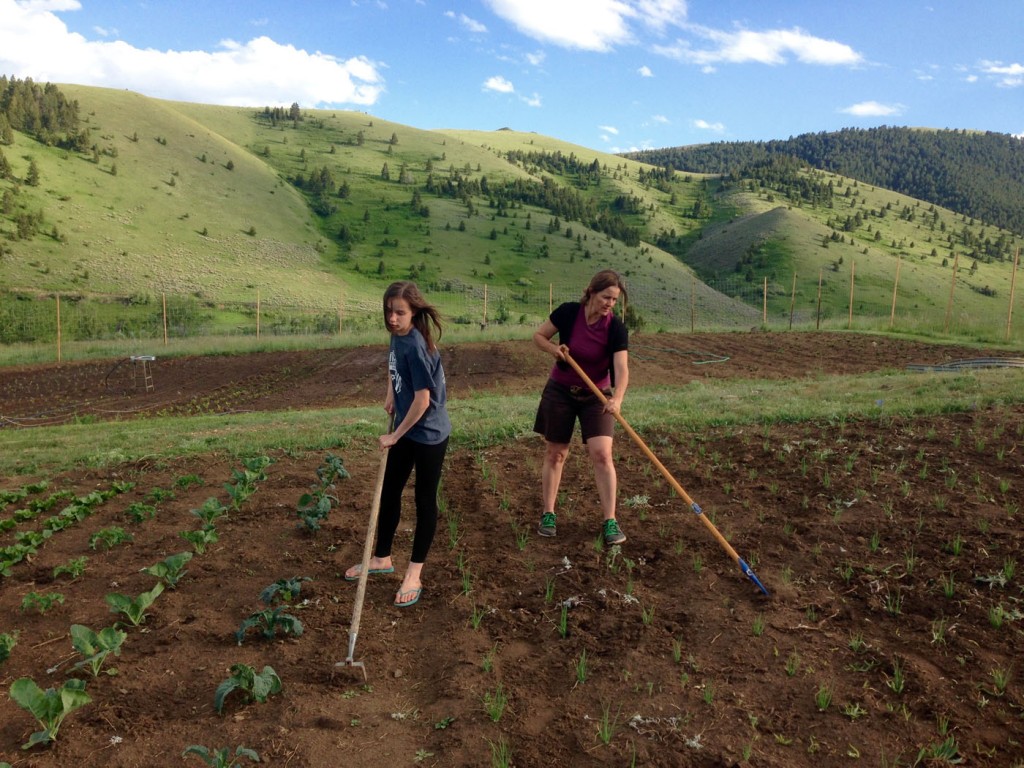 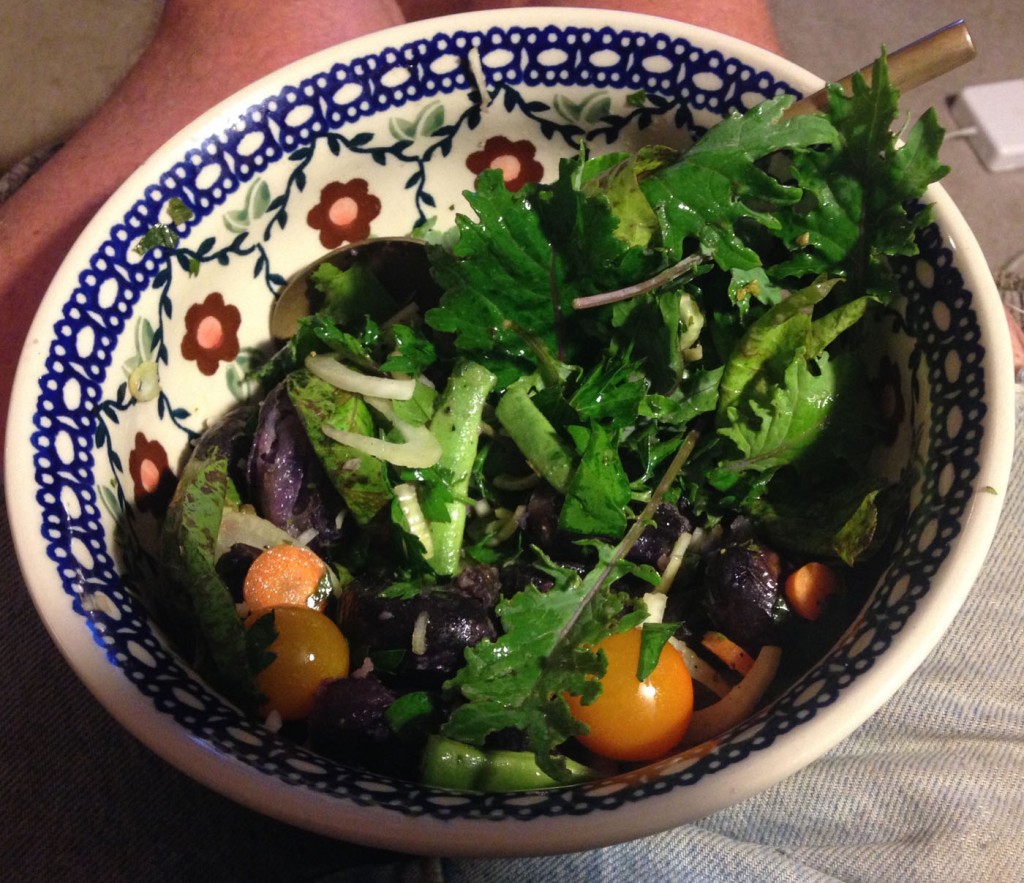 Cindy lives in the Madison Valley where she grows heirloom vegetables and explores baking in her outdoor oven. A textile artist, her creations grace many Montana homes. She loves to explore foodways through travel, personal stories, history, and recipes. She helped found the organization, Madison Farm to Fork, in Ennis and is a regular contributor to the National Co+op Grocers' quarterly publication, The LEADer. Cindy has also been published in Zone 4 Magazine, and writes the Hagan Kids Letter a monthly newsletter with her brother about their family. Her former column, Root of the Matter, was a popular feature in The Madisonian newspaper. You can follow Cindy on her blog Petuniagirl.com.

Encompassing a large stretch of land with few people residing on it, Montana is arguably best know for its high mountain peaks and glacial…