Click, clack, click the drone of the track under the swaying of my sleeper car. The lights of an unknown crossing with its chiming bell wiz by. Horn blows, all aboard, next stop the Montana Hi-Line. I am riding train number 8, the Amtrak Empire Builder home from a quick weekend trip to the Pacific Northwest to attend the funeral of my recently passed aunt. 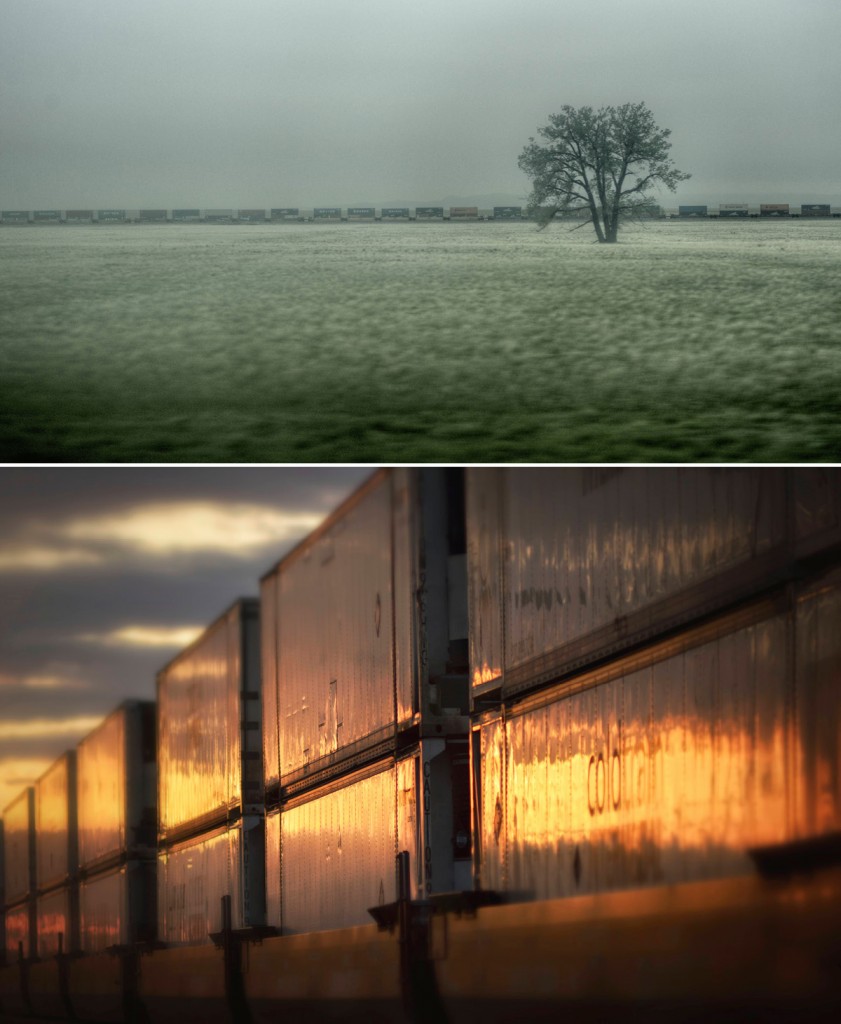 Train travel has fallen by the wayside in much of America, most long distance travel these day is by plane. We are a society based now on lighting fast trades and around the clock connections. Sure you can fly into a major Montana city but to get to the towns on the northern Hi-Line you still have a five-hour drive ahead of you. The train is the lifeline; it’s clacking tracks caries the commerce of China to America and exports our lifeblood of oil and waves of grain to the world. But most importantly, the silver cars of the Empire Builder connect the people of Montana. 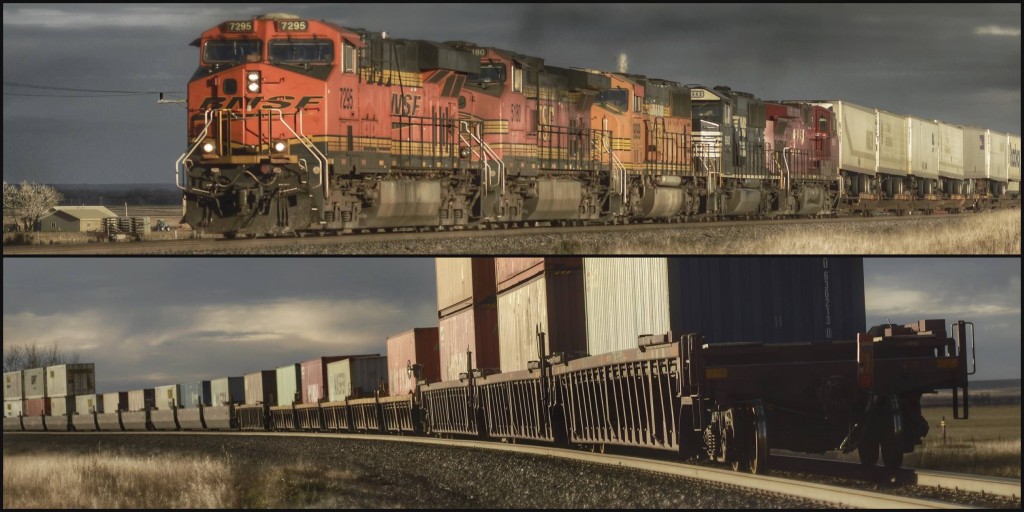 Montana is a large state in terms of area but its population is smaller than the average American city. One thing I have come to realize is while many people don’t actually live in Big Sky Country a lot of people are from here. I experience this when I receive an email or call from someone inquiring about one of my images. I get a story about how they ended up here and there, how life took them overseas, but they remember the summers on the farm, the grain elevators downtown by the tracks, and the homesteads on hill.

This recent trip has connected me to such people; their hearts never left and this train trip is taking them home. On my trip out to Seattle I had the pleasure of being seated next to Wayne Boyd at dinner. Wayne is a large; soft spoke man who was raised in Poplar. He’s a bass player in a band and does sound production on the side. He is on the return leg of his trip to attend his grandfather’s 91st birthday celebration. He keeps myself and our other tablemates glued to his stories of his grandfather’s colored past and song writing adventures.

I meet Gail Dugan and John Andrew on my return trip. Gail lives in Edmonds, Washington and is heading urgently home to Wolf Point to care for her ailing mother. Her parents are beekeepers whose honey is sold through out the United States. Her father an engineer by training got in to the bee business after attending Montana State University. In their 90’s they still live on the farm and while the next generation now cares for the bees they have remained active doing the cores and necessary upkeep.

John is an inspiration. He’s an 82-year-young skier on his way to Havre, Montana to continue his quest to ski all the resorts in North America. He tells us there are about 670 resorts in his quest and at current count he has skied at 524 of them since retiring 17 years ago. Amazing right?

John and I also share a small world connection; he resides not five miles from where I was raised southwest of Seattle. This particular trip to Havre is extra special to him. Sixty-five years to the day he disembarks the train at the Havre station will mark the day he left Havre in his youth via the very same train because of unexpected life events. He laughs then remarks that he wonders if his old girlfriend will be waiting for him to return.

Inspiration, ideas, connections fill my head when I ride the rails. I’m heading home to my Montana Hi-Line, my Big Sky Country, my Last Best Place. It’s late now; exhausted from my whirlwind trip, I know I will sleep well tonight rocked by the click and the clack. Tomorrow we will all be up bright and early sitting in communal dining sharing our connections to Montana.

Watch A Hi-Line Short by Sean

Sean moved to Montana from the Pacific Northwest to avoid taking a foreign language in college and to ski. Since then he has been driving Montana’s endless dusty back roads and cow trails. He photographs the countryside, the sky above, and the remnants of past generations. Sean’s photographs have been published around the globe and seen by millions. His images have appeared in the NY Post, Boston Globe, Entrainment Weekly, Popular Science, USA Today, The Telegraph, La Monde, and National Geographic. Yahoo, Bing and NASA have used his photos as Images of the Day and by Apple in the 'Your Verse' iPad ad campaign. Sean and his wife, Toni, live on the Hi-Line in Glasgow, Montana. Where they bought and renovated a piece of the downtown to open a coffee shop, yoga studio, kids consignment shop, art galley, and soon Sean’s own photography studio. To see Sean’s work go to seanrheavey.com.