Okay, I’ll admit it. I am a bit of what could be termed a “basketball junkie.” I have been engrossed by the sport since a young boy who endlessly pounded the ball and shot baskets on a narrow strip of concrete driveway surrounded by Midwestern cornfields day and night.

Come late winter, the passion re-energizes again when the hoops season culminates with tournament action. What I really love is the atmosphere; creative and colorful-clad student cheering sections hurling creative chants at the opposing student section from opposite ends of the court. The tribal-like bonding that occurs when communities come together under a common cause. Sounds like squeaking sneakers, cheers and buzzers sounding accent the suspense of two evenly matched teams where the games are often decided in the last few seconds of frenzied action and the losers season is dramatically and suddenly over. 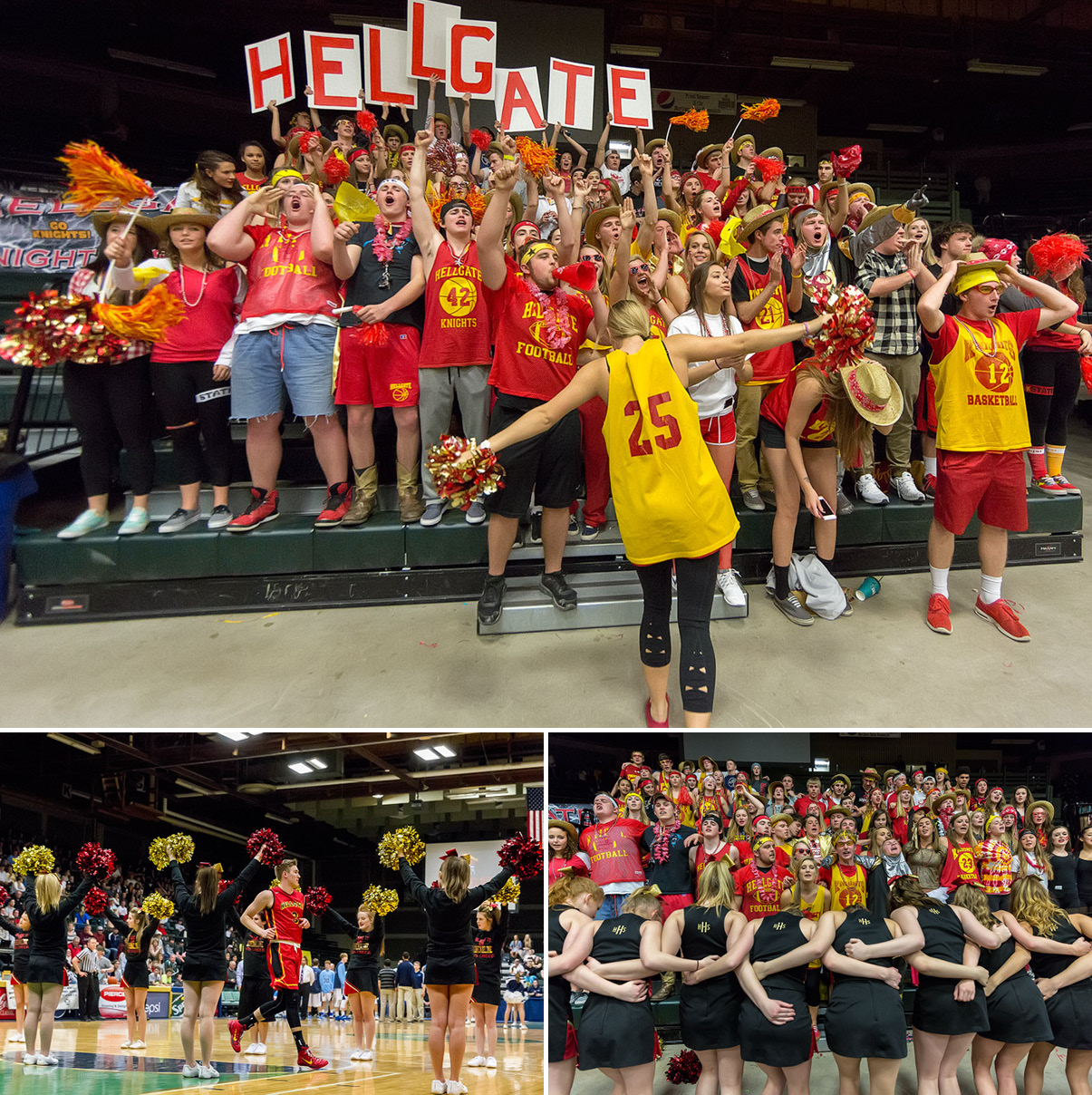 When the calendar turns to March, the basketball juices really get flowing and I travel to one of Montana’s state high school tournaments. There are four classifications of teams based on school enrollment numbers. I choose the particular tournament by seeking out the best teams or individual players that I’d prefer to watch. Or, I simply head to the tournament that one of my favorite cities in the state, Butte, is hosting. In the early mornings before the games begin, I walk the streets searching for historic architecture and buildings to photograph before settling in at one of my favorite breakfast spots to read the morning newspaper where I can catch up with all scores from the other high school tournaments being held simultaneously across the state.

This year I came to Butte to take in the AA teams, which make up the largest enrollments of Montana’s schools. I came in particular to watch one player, Tres Tinkle, of Missoula Hellgate. Tinkle, 6′ 7” forward, is one of most touted and talented players to play in the state in many years. He hails from what could be considered one of the “first families” of Montana basketball as his parents, Wayne and Lisa were both star players at the University of Montana. His sisters, Joslyn and Ellie were also star players that won multiple state championships at Missoula Big Sky before playing in college at Stanford and Gonzaga respectively. Wayne Tinkle was the successful head coach at his alma mater, the University of Montana until last spring when he took a job at Oregon State University in Corvallis, Oregon. 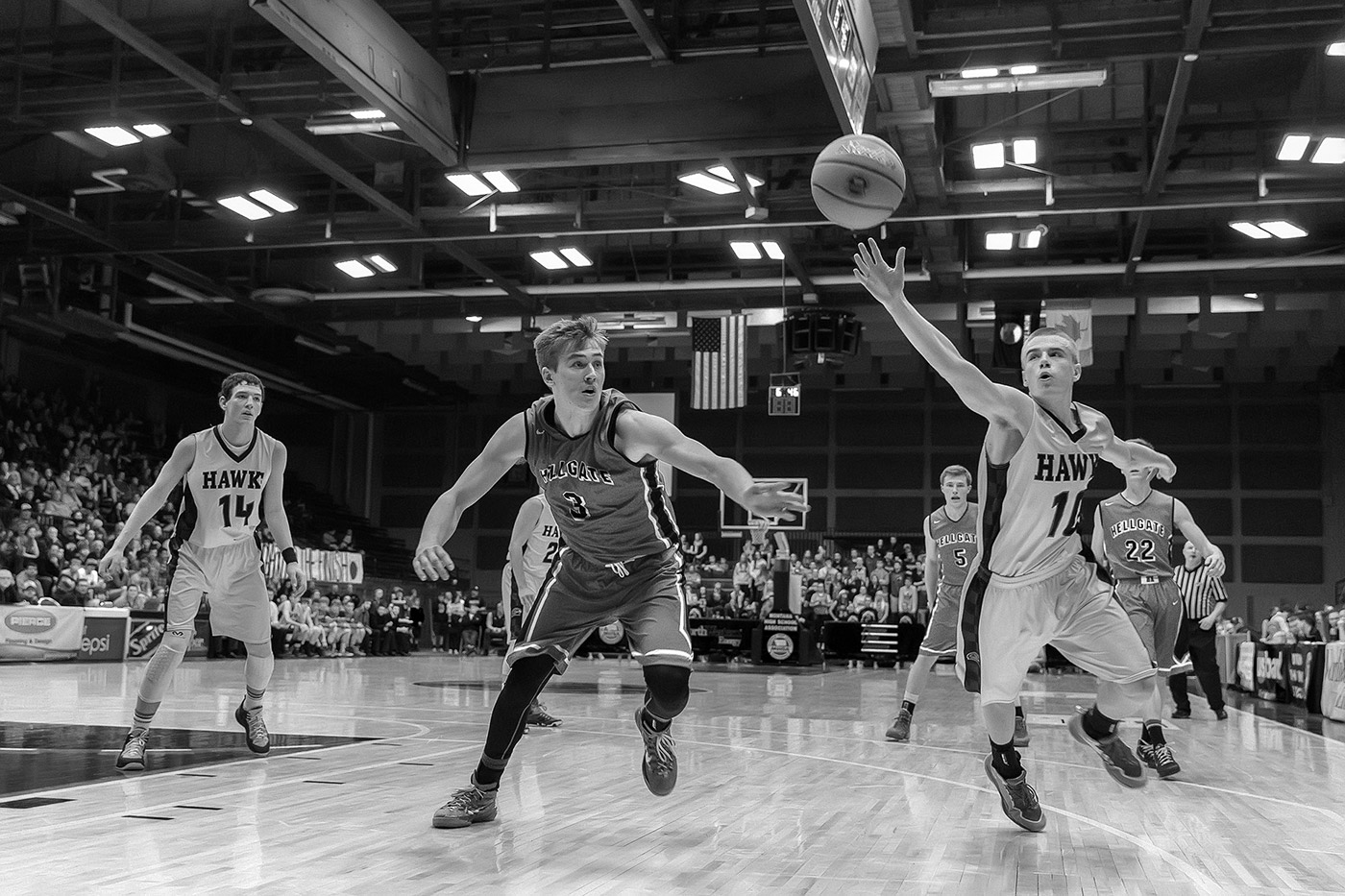 Tres faced a difficult decision for his senior season; move to Oregon with his parents or finish his high school career in Missoula where he could pursue another state championship (his Hellgate team won it all in 2013) with his lifelong friends.

Tres decided to stay in Missoula. He also decided to reunite with the rest of the family in Corvallis soon after high school will conclude as he signed to play for his father at Oregon State. While in Missoula, his mother, Lisa, comes to watch over him along with Hellgate assistant coach Eric Hays and his wife Deb, who look after Tres during the long stretches when Lisa is away.

I settled in to photograph Tinkle’s first game of the tourney against Great Falls High. I marveled at his prowess on the court. He handles the ball with fluidity and grace like a smaller guard, rebounds with toughness under the backboard and soars with athletic skill to emphatically dunk the ball on several occasions. He is, no doubt, one of the best high school players that I have witnessed in 16 straight years of watching the state tournaments in Montana. I even spot his dad, Wayne, in the stands. The elder Tinkle must have flown directly from Las Vegas where his college team was eliminated from their conference tourney the previous night. I also see his sister, Ellie. The first family of Montana basketball is also a very tight knit unit as they watch intently from the stands.

Alas, the game of basketball can be cruel, especially in March where one off night means the dream of a championship can vanish before stunned eyes. Tinkle’s Hellgate team was the favorite to bring home the championship trophy, but a hot shooting Great Falls Bison team derailed the Hellgate hardwood dreams with a convincing win. Even in defeat, Tres Tinkle was still a marvel to watch on the court and I look forward to following his future college career with his father coaching him from the sidelines. 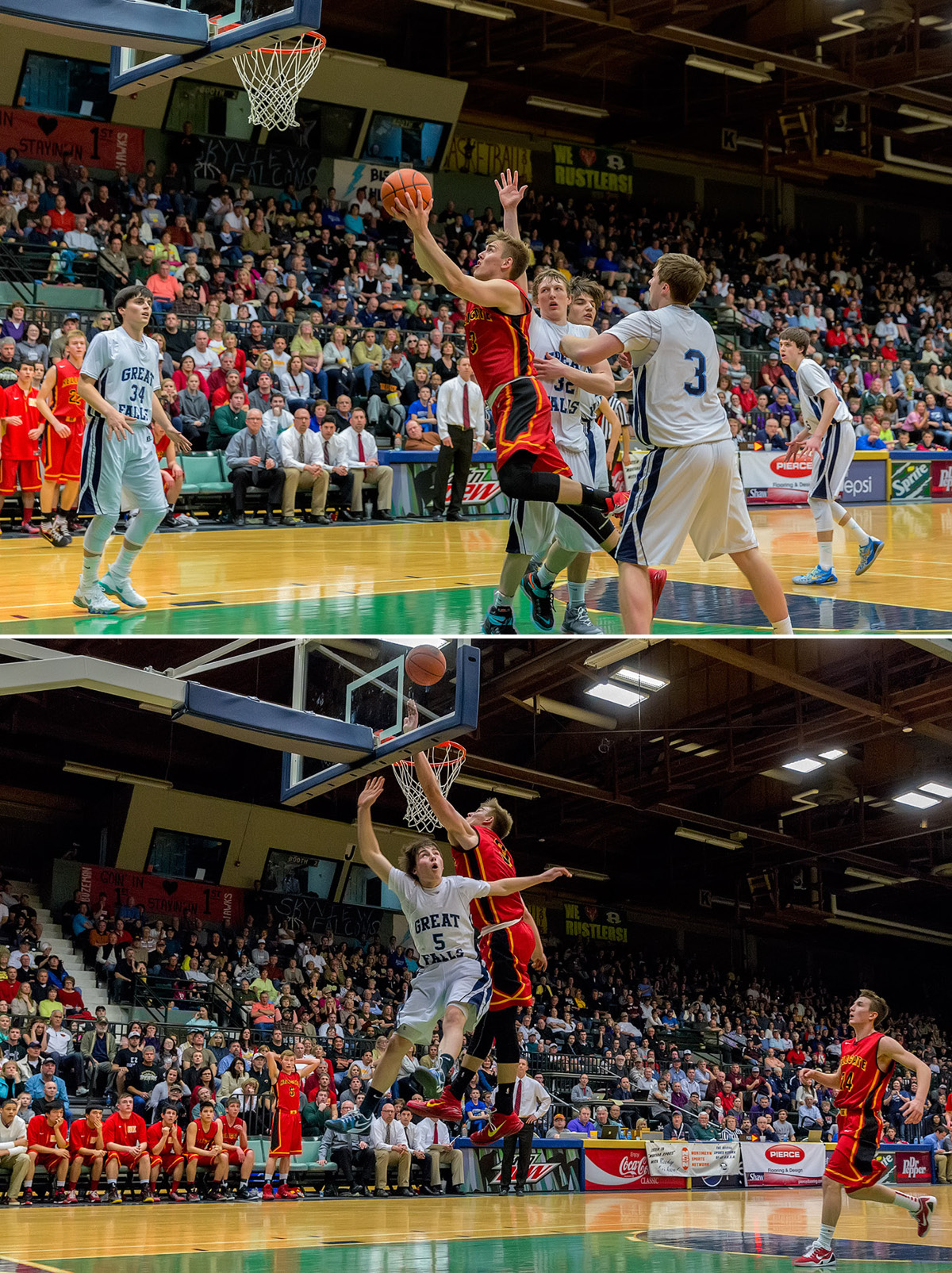 For me, I will relish another season of March madness and look forward to next year’s crop of outstanding players. I hope my favorites end up playing Butte again.

To learn more about high school basketball in Montana check out the terrific documentary Class C: The Only Game in Town by Justin Lubke and Shasta Grenier.