Nobody seems to know the origins of the pasty, but it is mentioned as early as 1300AD in Chaucer’s “Canterbury Tales.” The pasty first arrived on the scene in Butte, Montana with the tin and copper miners from Cornwall, England in the late 1800’s. Because this meat and vegetable pocket was both hardy and hearty, it quickly became the mainstay meal of Butte’s miners. 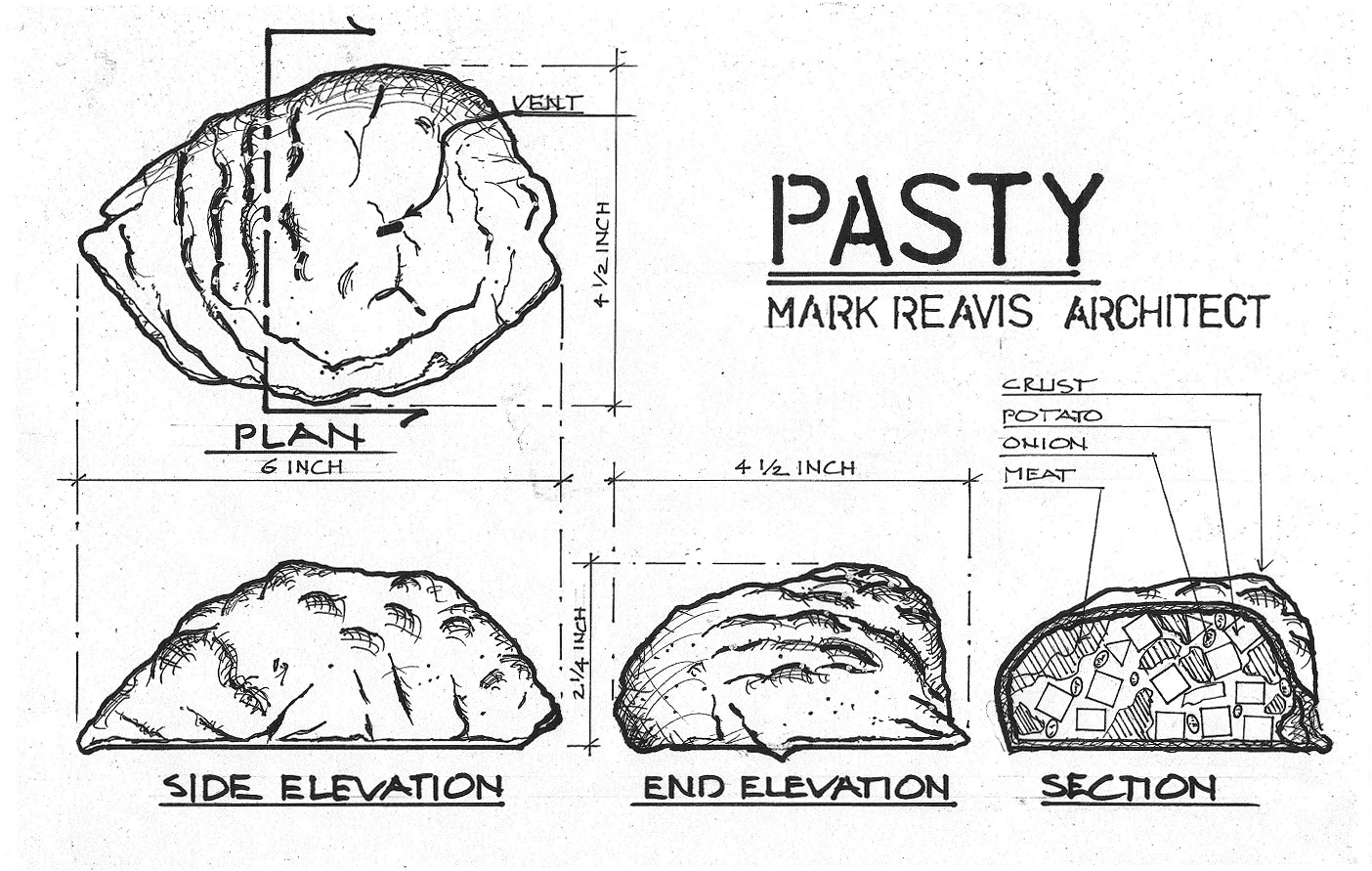 The Cornish do like to claim the pasty as their own. The Cornish miners referred to the pasty as a “letter from ‘ome,” as they would be flooded with the smells of their past life in Cornwall when they unwrapped their pasty at mealtime.

Immigrants to Butte were diverse and they brought the food of their homeland with them. Yet every nationality embraced the pasty, for their men worked in the mines and this “pie made without a dish” was a “hot, tasty and cheap meal.” 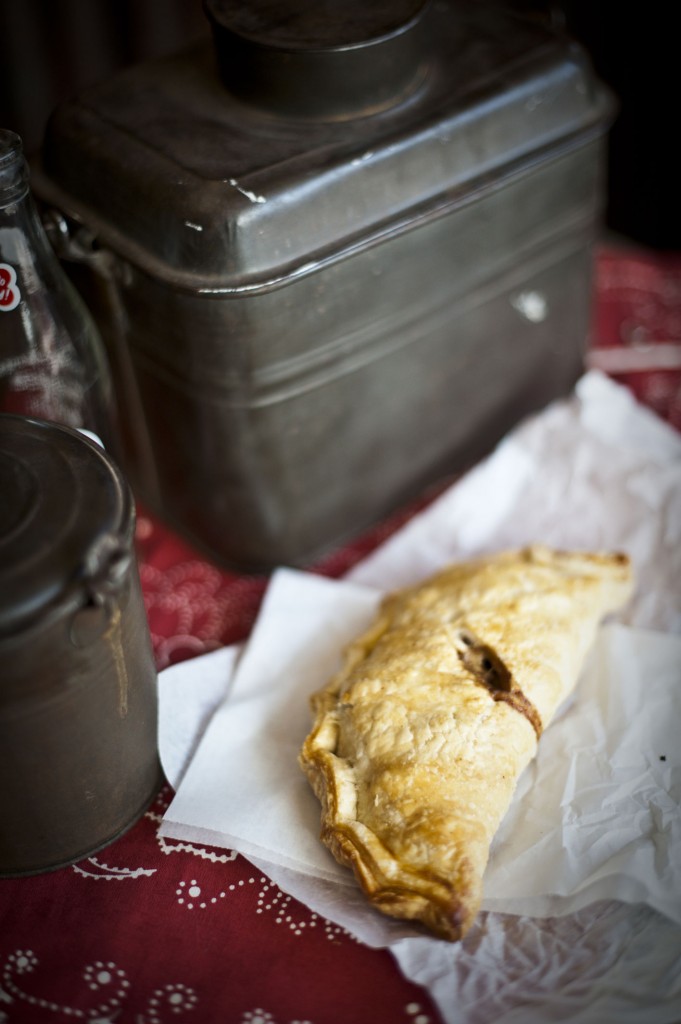 Miners with wives at home set out for their shift with their lunch bucket and pasty. Bachelor miners lived in boarding houses and relied on “bucket girls” to deliver their pasties to the mines during their shifts.

Most of Butte’s underground mines were closed by 1975, but the pasty lives on. Butte currently has three eateries that specialize in this delicacy, and each has its own special recipe.

Visitors who come to Butte in search of a pasty need to be forewarned: They are gigantic and meant to fuel a working man’s body. We would encourage some form of physical exertion before attempting to consume one, as well as a place to nap afterwards. 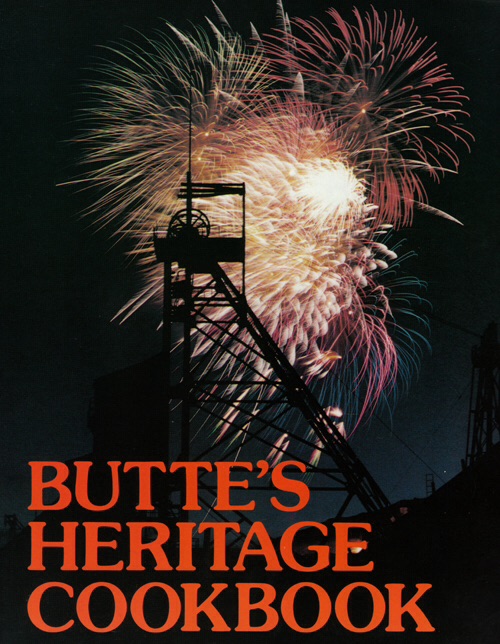 Pasties are also made in many homes in Butte and various recipes can be found in Butte’s Heritage Cookbook. This basic recipe comes from “The Pasty Book” by Hettie Merrick, published in 1995 in Cornwall, England.

Pasty Pastry (four 8” pasties)
1 lb. (3 1/3 C) strong white flour 4oz lard
4oz margarine 1/3 pint (7oz) water
Mix fats into flour. Pour in water and stir until absorbed. Knead lightly then place in fridge for 30 min.
Pasty Filling
8oz onion, shallot or leek 16oz beef skirt or chuck steak
8-12oz turnip 24oz sliced potatoes
Constructing the Pasty
Flour your rolling surface. Split dough into 4 pieces. Roll out into 8”-9” circles.
Lay most of turnip and onion across the center of the round, then add salt and pepper to taste.
Lay meat over the top of this, salt lightly, and top the meat with most of the potato slices and remainder of turnip. Salt lightly and cover with remaining potatoes.
Press pastry edges together, one side moistened. The seam can go over the top of the pasty or on the side. Crimp well as you go, then tuck end under to seal.
Make a small slit in top, brush with milk or egg wash, and place on greased and floured tray.
Bake at 425 degrees for 20-30 minutes. When brown, lower oven temp to 325 degrees and bake for 20 more minutes. Turn off oven and let sit inside for 15 more minutes.

Pasties on a bigger menu:

Nicole and Mark live in their favorite Montana town - Butte. Mark is an architect by trade and has spent the last 34 years preserving the architecture and history of Butte. Nicole is an artist, writer, photographer, seamstress, and a free spirit, who has lived all over the west, including Alaska. She considers Montana her permanent home. When they are not saving historic buildings and mineyards, they run Butte Urban Safari Tours (BUST), a custom tour company and operate Uptown Butte Glass Works.

In his 1981 hit Big City, Merle Haggard croons, “Turn me loose; set me free somewhere in the middle of Montana.” It seems Haggard…