An interview with magazine publisher Jesse Lenz, whose most recent issue of The Collective Quarterly, Absaroka expounds on Montana’s diverse beauty.

Montana is no stranger to love letters from smitten authors. The vast wildness of this place has made the landscape a leading character in over 100 different books. Pulitzer Prize winner, A. B. Guthrie devoted a half-dozen books in his iconic Big Sky series. He wrote, “A raw, vast, lonesome land, too big, too empty. It made the mind small and the heart tight and the belly drawn, lying wild and lost under such a reach of sky …”

Journalist Charles Kuralt called Montana’s scenic Beartooth Highway, “America’s most beautiful roadway in America” in an episode of his On the Road series.

In his classic American road trip book, Travels with Charley, John Steinbeck wrote: “I’m in love with Montana. For other states I have admiration, respect, recognition, even some affection. But with Montana it is love.”

Even now, Montana continues to be wooed by the artistic and the literary. Most recently The Collective Quarterly magazine dedicated an entire issue to the state. Published in January 2015, it’s entitled Absaroka, for the mountain range that heaves up along the upper Yellowstone River through Paradise Valley and into Yellowstone National Park. The 200-plus pages of the artfully produced edition are nothing if not a love letter. It unearths the beauty and detail from Livingston’s rough railroad roguery to Glacier’s remarkable wilderness. The team of writers, artists and photographers delved deeper than the regular travel writer to get at the core of what makes Big Sky country so enthralling.

Behind the scenes and on the ground is Jesse Lenz, co-founder and creative director of this indie magazine that sparks the urge to explore new places for any intrepid traveler. Born in Glendive, Jesse returned to Montana in 2014. I have shared a meal with Jesse at Livingston’s Second Street Bistro on a blizzardy winter night. He has mingled at a picket-fenced barbecue in my backyard. He has become a friend who inspires me and through his magazine has rekindled curiosity in my own home state.

When we spoke over the phone recently, this time he was at home in West Virginia, after bouts of exploring for upcoming issues in Ojai, California and Vermont. His magazine’s motto “always go” is a call to action as much as it is a personal philosophy. When asked, “Why Montana?” he had a lot to say.

Jesse Lenz: Montana itself has a special place in my heart, being from the state originally. I remember five years ago I was reading a magazine and a sidebar mentioned Livingston. There was a photo of that downtown strip of Livingston, the Main Street, and I felt that it was the perfect place. When we started talking about starting creating this magazine I realized how that one photo affected me so much. There’s just something about Montana that was really the best of everything. 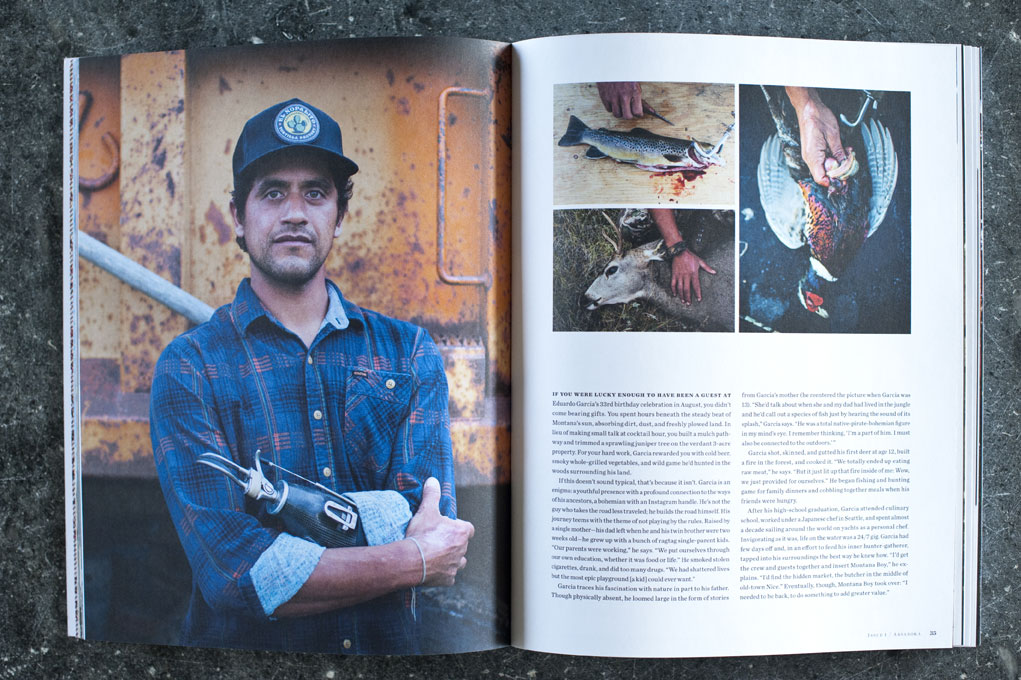 Images of The Collective Quarterly, Absaroka issue by Lynn Donaldson

The Last Best Plates: The first issue of The Collective Quarterly was devoted to Marfa, Texas. What made you decide to focus each magazine on a single place?

JL: The magazine started as an excuse to travel and cover people and the process of living creatively. It was initially about the creative process and we wanted to convey the lives of people who say, this place, wherever that place is, chose us and we can’t leave. We have a love for small places and the character and authenticity that comes out of these places.

A place really has to hit multiple check marks in my book. It has to be visually very interesting, there has to be something unique about it, a wealth of stories from the people who’ve been there a long time. There is an outlier aspect to it that is a gut feeling that drives us to find out more. It was the history of writers brought us to Livingston. And then Colin Davis at Chico was the one who really sold us on the area.

TLBP: How did you choose the people and places that are covered in the Absaroka issue?

JL: There’s no formula for it, I just started asking people who live there. We (Seth Putnam, editor and co-creator of The Collective Quarterly) find people that are well connected and respected and passionate. When I’m scouting a place I just ask about the most interesting people in the town. By the time we arrive on the scouting trip we have a rough idea of where to start. There’s so much unknown when we go on these trips it’s really scary and really fun. We end up spending five or six weeks total in every place on the ground with people.

We are telling stories of people that have found places that feed their souls, of people who are seeking a better quality of life. … 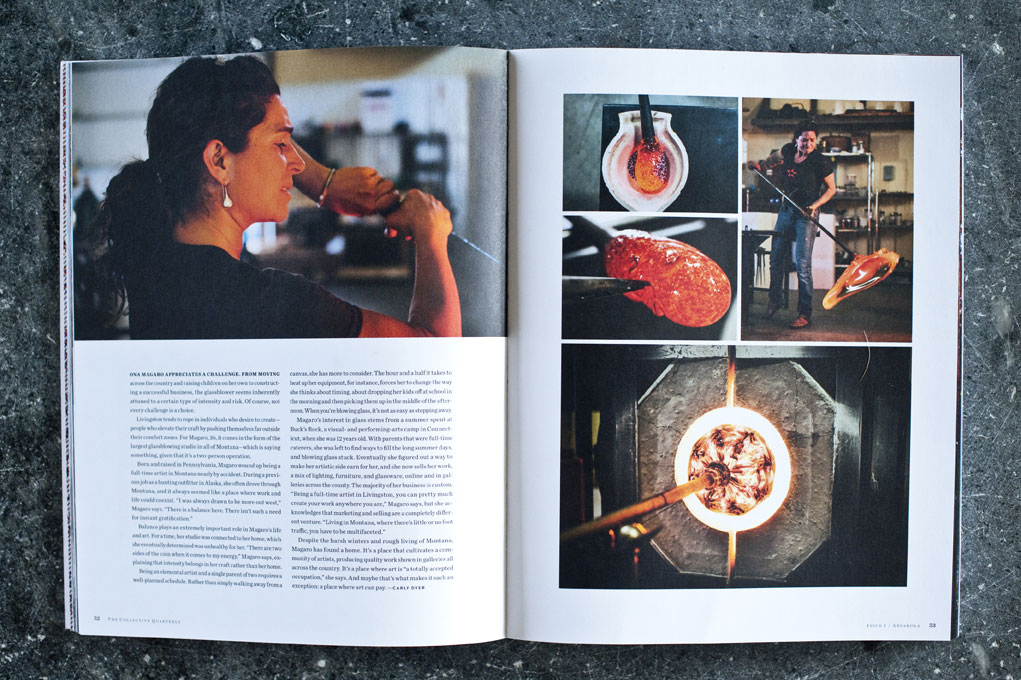 There’s nothing I love more than discovering a brand new place. Most of the places we plan to cover in the magazine are places we haven’t been to yet.

One of the things I’ve realized that’s been most rewarding is meeting so many interesting people and leeching off little nuggets of life that have made us better people along the way. We have issues planned for Maine, Vermont, California; we’ll be in Taos this fall, then maybe Telluride. … Next we’ll head to central Florida. I have a decent plan of where we are going but all that could change in a day… But Montana will always have special place in my heart. I’ll definitely be back.

Click here to order the Absaroka issue of The Collective Quarterly

Seabring is a lifestyle journalist who writes about what she loves: food, art, travel and interesting people. Originally from Hawaii, a roadtrip brought her through Bozeman in 1990 and Montana has been home ever since. She is the editor in chief of Big Sky Journal and editor emeritus of Western Art & Architecture magazines. Her articles have been published in Mountain Living; True West Magazine; AAA Mountainwest; Postcards; Montana Quarterly; Montana Living. She is the author of two cookbooks, A Taste of Montana: Favorite Recipes from Big Sky Country and A Montana Table, Recipes from Chico Hot Springs Resort. She has also written and edited three other books on regional travel and architecture. Find her work at seabringdavis.com.

We always go on a road trip to celebrate Mother’s Day, and I usually pick a route that enables us to stop and eat…