When Melvyn and Sue Brown settled on a 20-acre piece of land under the Bridger Mountains on the outskirts of Bozeman in 1996, their goal was to eventually work the fertile land. Back in Michigan, they had a hobby farm where they used organic practices to raise chickens, cows, goats, pigs, and vegetables for their own consumption and for their friends and neighbors. In addition, Melvyn grew up on a farm in England and went on to become a specialist in cattle embryo transplants, a skill that brought him to Montana to work on large cattle ranches. Together, they had dreams of having their own Montana ranch.

But 20 acres just wasn’t enough land to graze cattle, and so instead they opted for goats, a decision they will never regret.

“They are easy to handle, and they can do well in any environment,” Melvyn explains. “They also have a nice personality; they love butting heads and jumping around, whereas cattle have no personality at all.”

In 2000, they started with 90 goats, and they called their farm Amaltheia, named after the goat that nursed Zeus in Greek mythology. Melvyn was the head milker, and they sold the milk to other gourmet cheese makers. After a couple of years, they opened their own cheese making facility, and by 2004 they had three awards from the American Cheese Society under their belts. In 2005, Amaltheia received organic status through Montana Department of Agriculture and the USDA, and since they had always firmly believed in and practiced organic techniques, it wasn’t a far stretch for them to get certified. 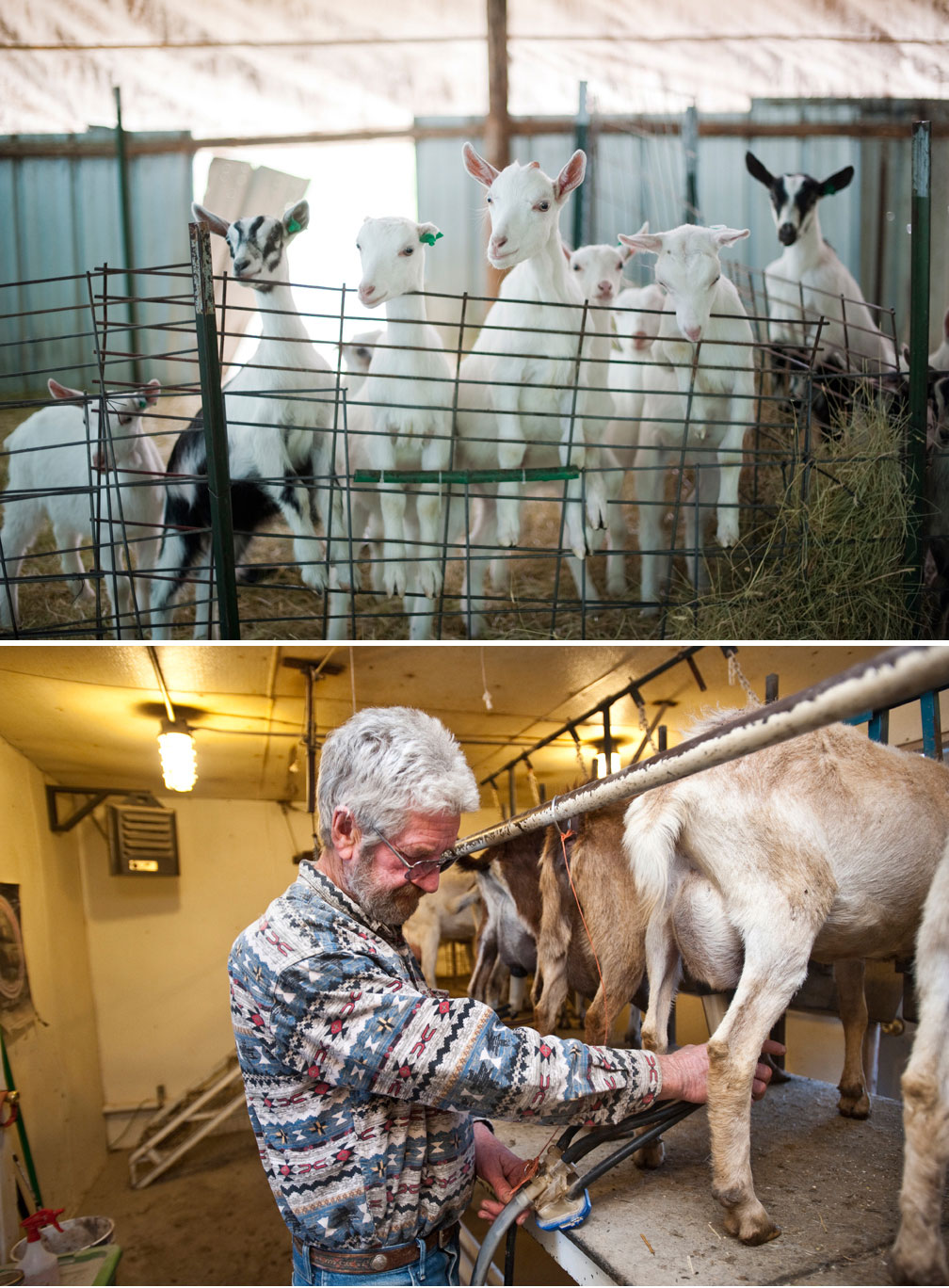 Amaltheia is now producing an average of 1,000 pounds of cheese per week, and they have 17 varieties ranging from plain goat cheese and ricotta to flavor infused chevres, such as roasted garlic, sundried tomato, and spiced pepper. Their products are distributed to grocery stores on both coasts, such as Trader Joe’s and Wild Oats, and for sale through their website. 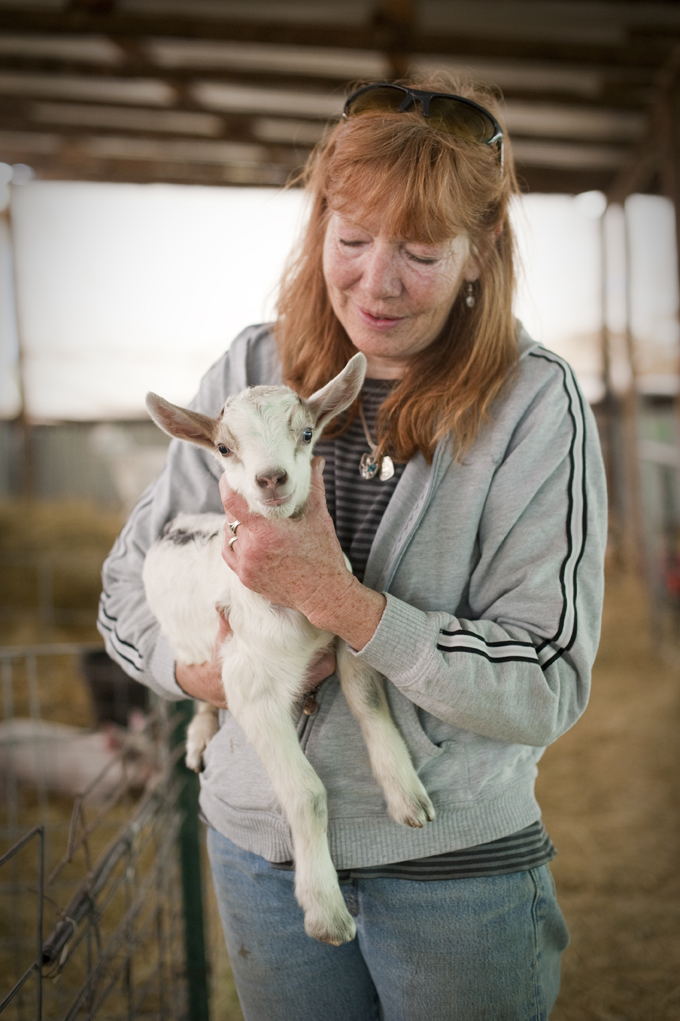 “People say you can taste the mountains in our cheese,” Sue says. “It tastes fresh, creamy and clean, and it’s just one farms milk going into it which makes a difference.”

And then came the pigs.

“When you make cheese you end up with a great deal of whey, which is full of protein and minerals,” Melvyn explains. “That’s when we decided to have whey-fed pigs; it’s like health food for them.” 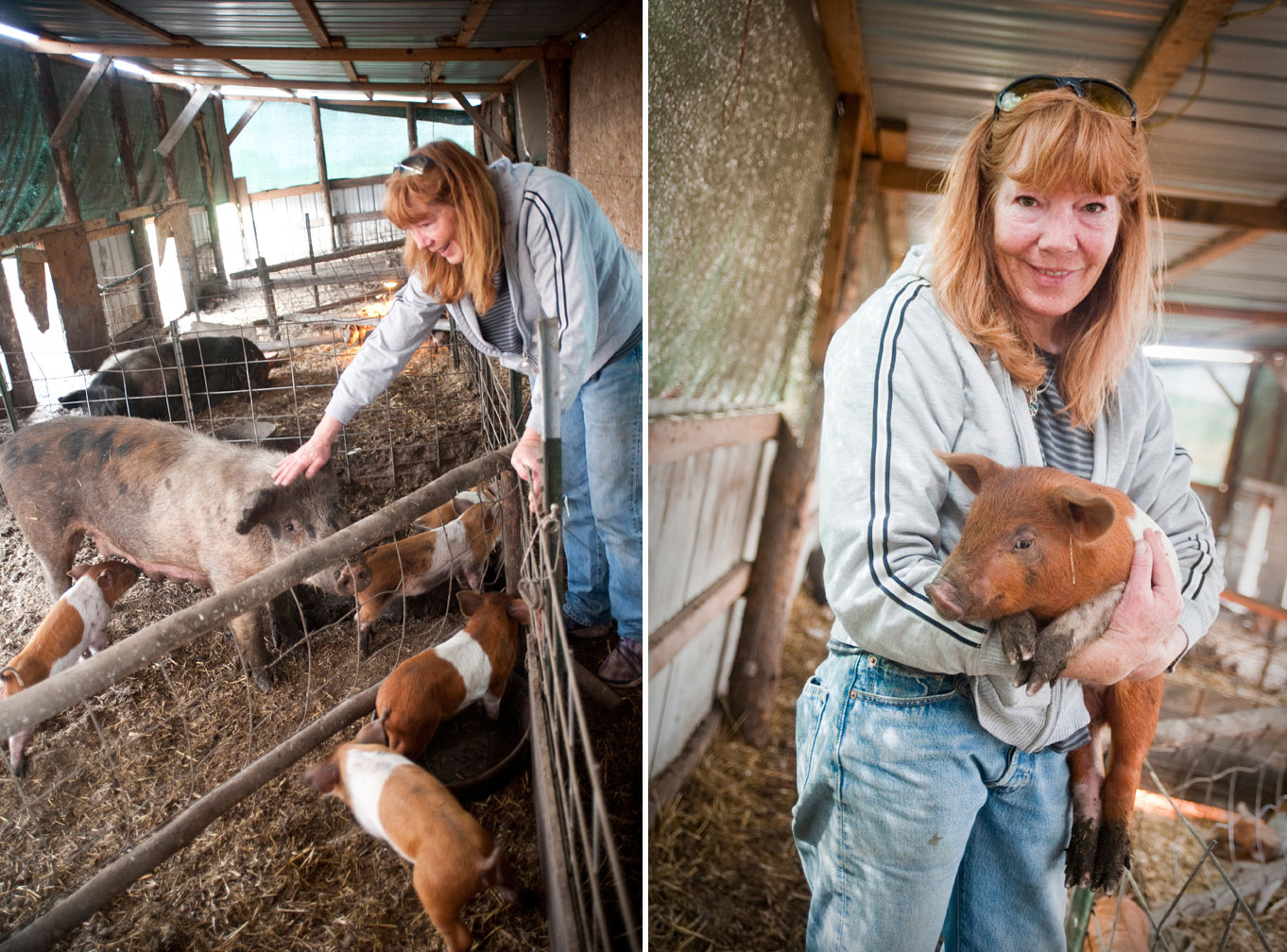 They now raise pastured organic hogs with a lot of personality and plenty of room to roam. They sell the meat to local restaurants, stores and individuals. Along with that, they have partnered with Montana State University in a grant to produce high quality compost made from the farm’s manure. “Part of our mission was to practice zero emissions,” Sue explains. Their environmentally conscious efforts have been rewarded with EcoStar Awards for sustainability in 2008 and 2009. 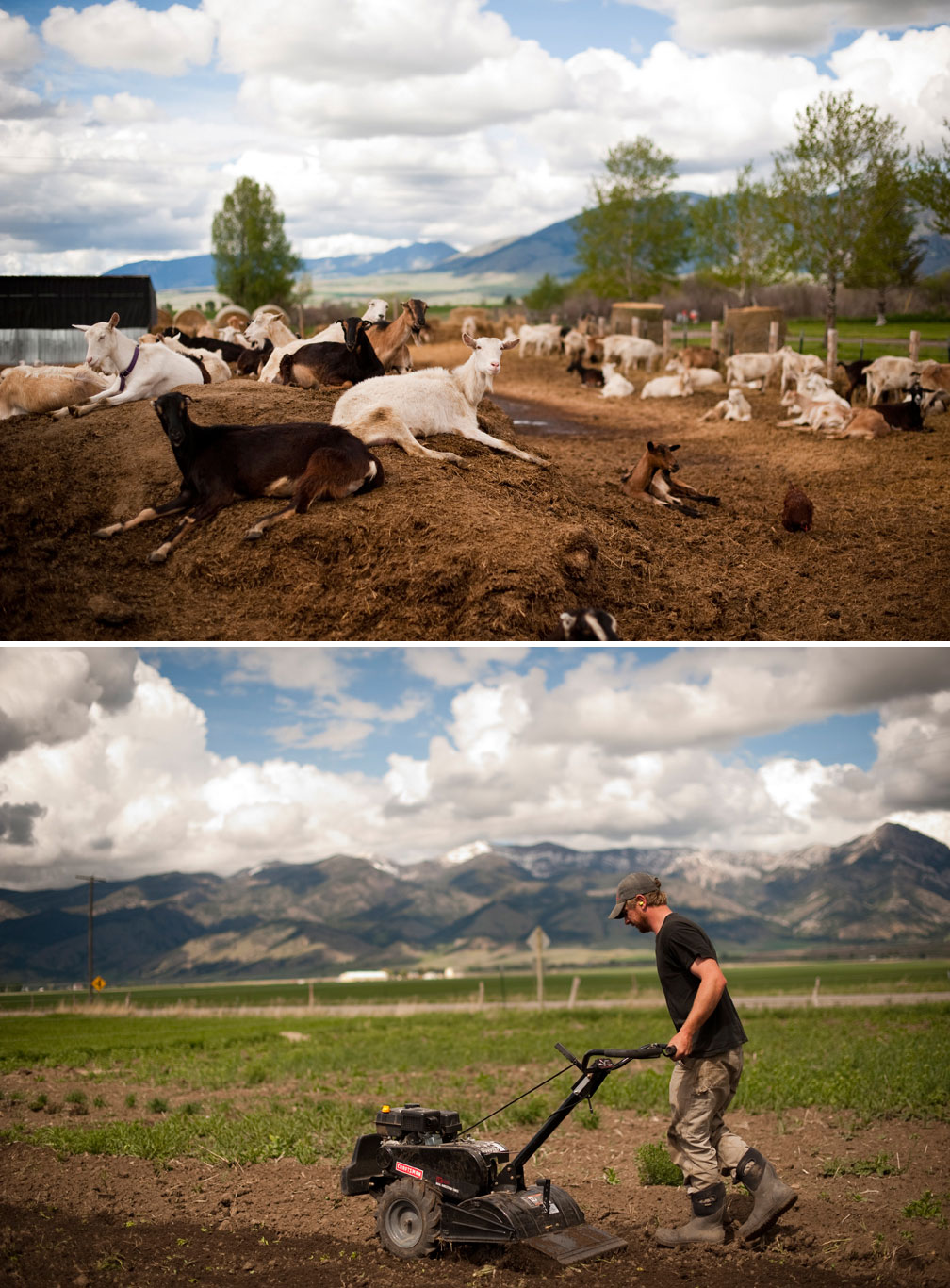 Today, Amaltheia Organic Dairy is a family business, with their son Nate and daughter Sarah helping to run the operations, and a number of farming interns coming and going like part of the family. Under the gaze of the surrounding mountains, the animals and people, including occasional busloads of school children, mingle happily. Lambs snuggle with piglets, goats butt heads, chickens roam, and dogs nip at heels. 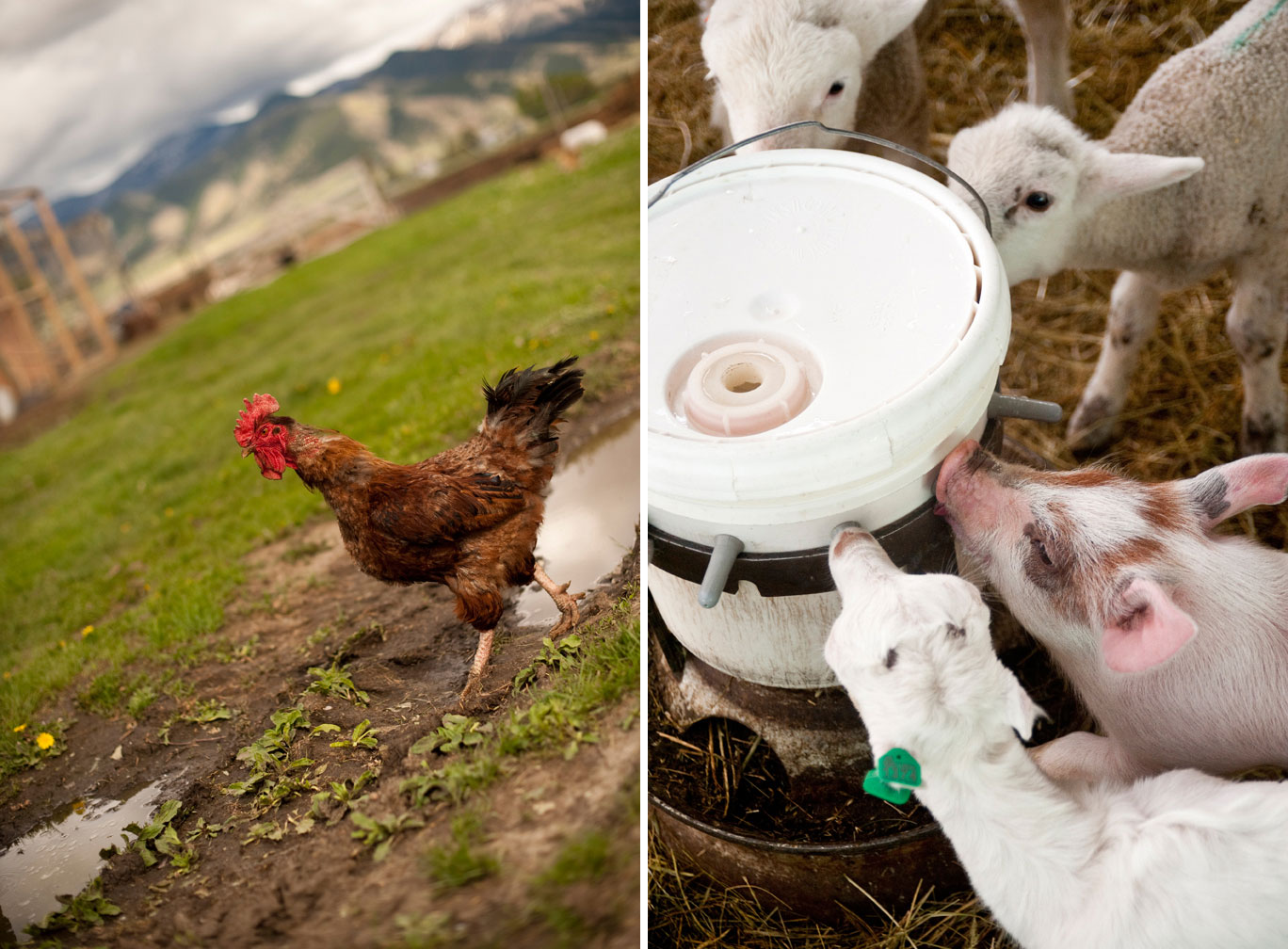 “We are happy doing this,” Sue says. “It’s a lot of work, but we believe in this kind of farming.”

Pick up a copy of the Jan/Feb 2015 issue of Montana Magazine for Amaltheia’s Smoked Chevre and Feta Cheese Balls with Herbs, Pecans and Bacon recipe or click here.