It was thanks to a fundraiser for the band’s tour bus, which burned in an electrical fire, that I first tasted Flannery’s baking. That autumn night at the American Legion in Livingston, while the band played and people danced, Flannery sold chocolate chip cookies for a dollar. They were small. I bought two. Slightly under baked and made with sea salt, they were unequivocally the best chocolate chip cookies I’ve ever eaten.

All photos by Lynn Donaldson

Flannery (yes, she’s writer Flannery O’Connor’s namesake) is a pretty woman with sparkling blue eyes, curly brown hair, and an easy laugh—a cool cat. She blew into Livingston a year ago, “into the arms of her boyfriend,” whose music career is based here. Now, in partnership with him, and with the help of her pastry chef brother Jake Coats, she has opened the LB&B.

Livingstonians have gone wild for the concept: a bakery and bodega (convenience store) in the heart of downtown, where you can get morning coffee with a muffin, or supplies like TP, cans of beans, and soon beer and wine. Yet Flannery and her shop represent something greater than tasty treats and convenience, in a word, memory—mine, yours, and our town’s. 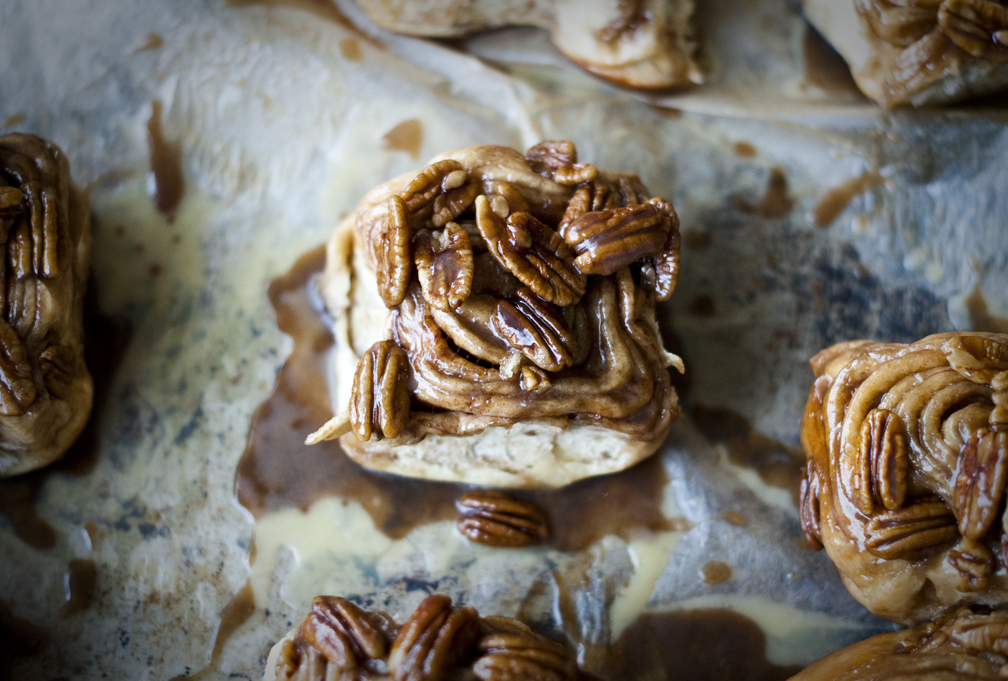 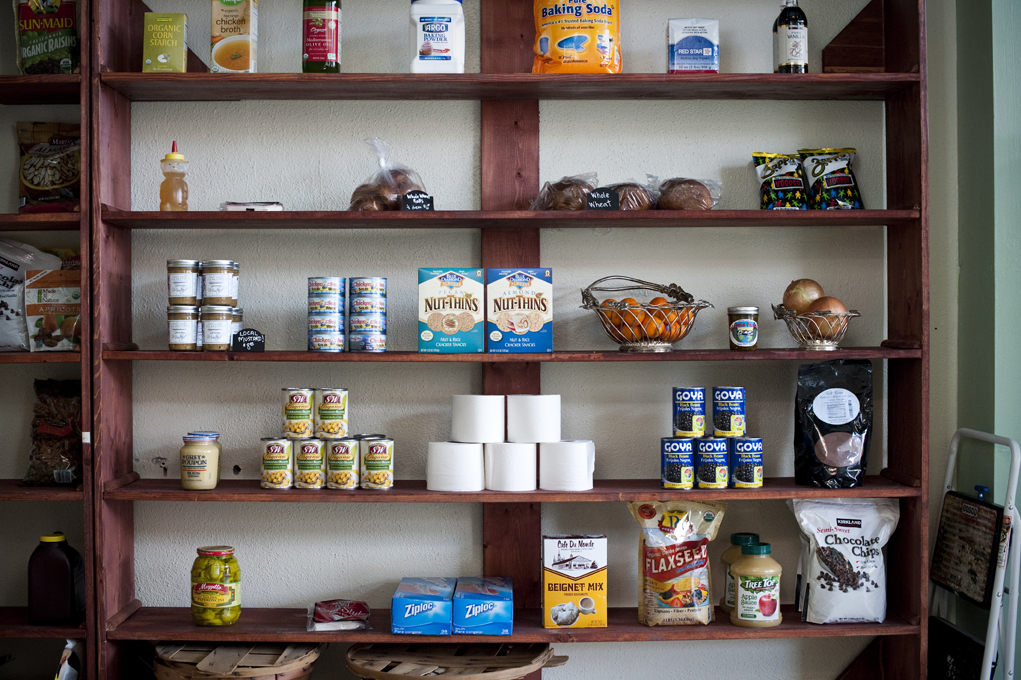 You see, in her adorable apron, Flannery is making by hand delicious memories for us all. They come in the form of goodies like cinnamon rolls, turnovers, sticky buns, berry-packed bran muffins, glazed or sugared doughnuts topped with doughnut holes, fresh-from-the-oven whole-wheat bread, and, yes, chocolate chip cookies, when you’re lucky.

Jake and Flannery learned to bake with their mom. “Whenever I smell yeast and water I know it’s something that’s rooted in me,” she says. “Baking has always been a part of me.”

The siblings’ turnovers are particularly tasty. The recipe contains eggs, which is atypical. The result, a wickedly airy, flaky pastry that also has the substance to hold fruit. The turnover’s fruit filling will change seasonally. According to Flannery, apple filling has been most popular. 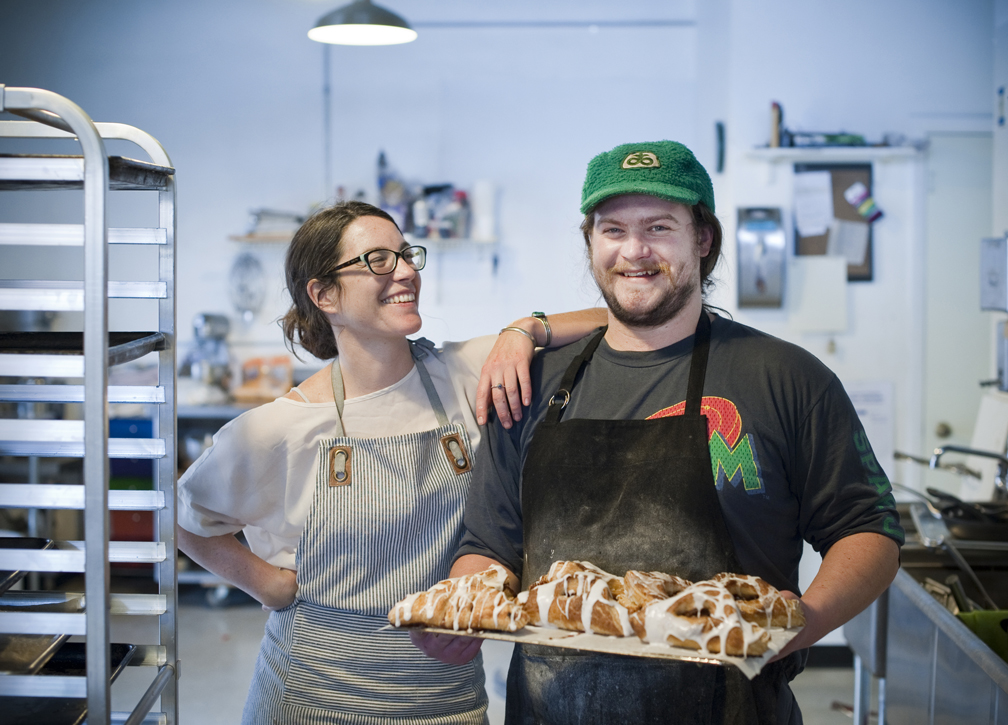 Baked goods are just the beginning, Flannery plans to expand the menu and grocery, and she’s open to suggestions. Sourcing produce locally is her priority. She already uses Wheat Montana flour and in summer will sell fruit and vegetables from Livingston’s organic Geyser Farm. She now serves sandwiches and in the future will make kolaches, which are Eastern European buns filled with either sweet or savory filling. Kolaches are traditional fare in the Coats family. “We are moving into recipes that are meaningful to us,” Flannery explains.

Thanks to their love of coffee and a trip to Portland, Flan and Dan have ventured into roasting their own coffee beans too. Through an Oregon-based company called Mr. Green Beans they buy coffee beans from Brazil, where Dan has family, and Ecuador, where Flan lived and taught. Dan then house-roasts the beans to produce black magic rocket fuel. 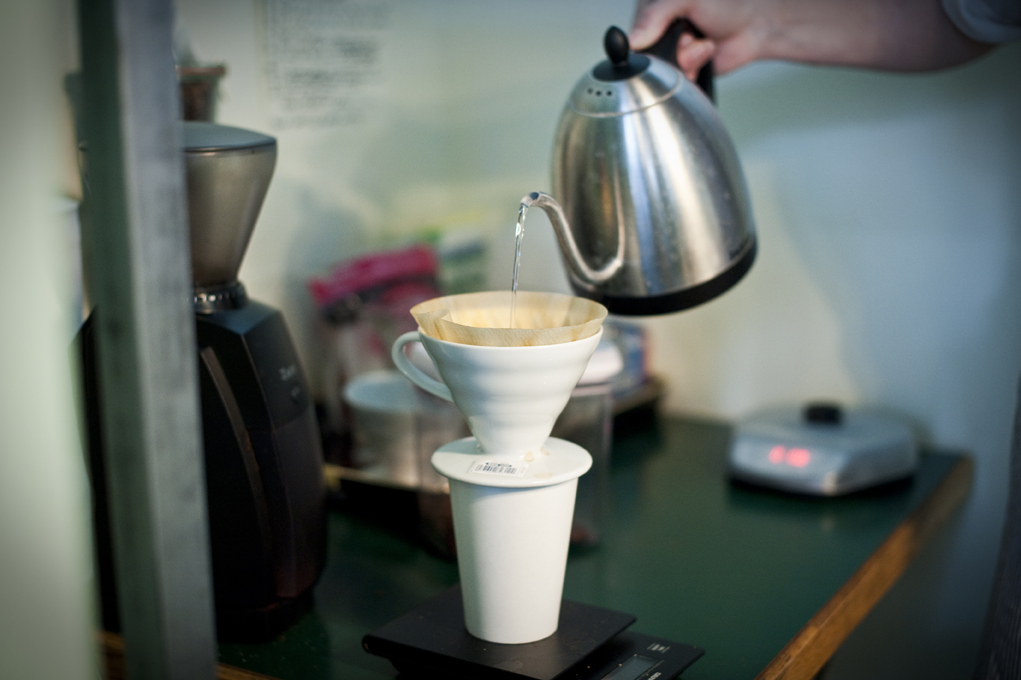 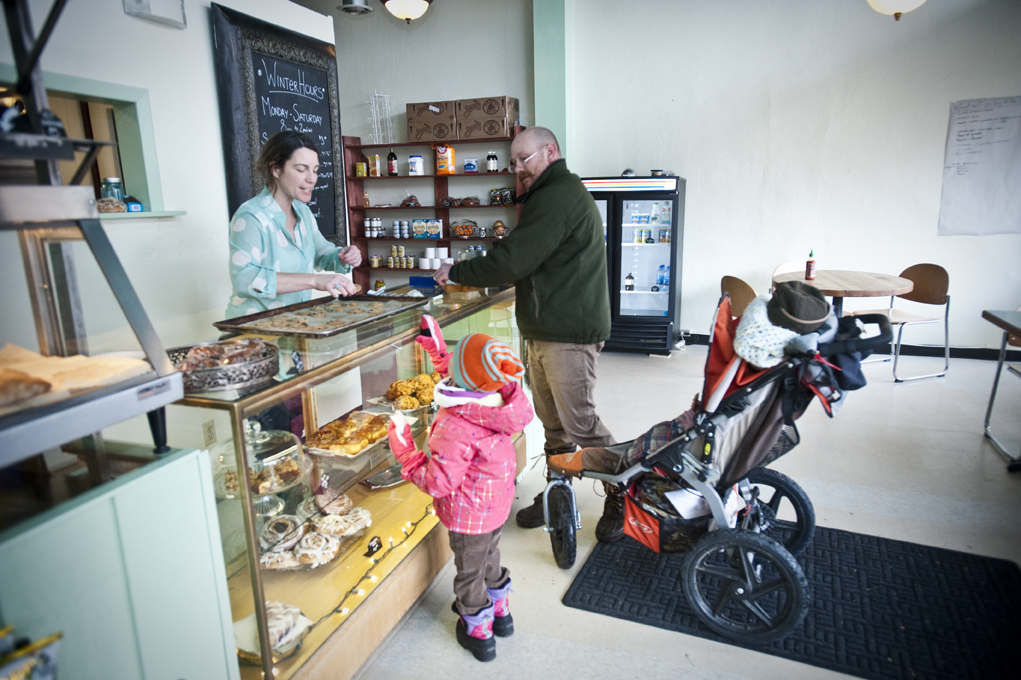 Customers have flocked to the LB&B. Flannery eagerly chats with them all. She is generous too. She hands me a chocolate chip cookie across the counter and winks. I take a bite of the memory-inducing morsel and instantly I’m back at the Legion dancing with my friends to The Bus Driver Tour, happy. That’s how memory works—a sense, a place, a feeling, all can be encapsulated in a bite.

Seonaid’s Gaelic name, pronounced “Shona,” comes from her family in Scotland, as does her love of single malts and dancing. Sho is an independent writer, documentary filmmaker, curator, and photographer who lives on an historic ranch near Livingston. She has worked for independent directors and companies such as the BBC, Discovery Channel, NBC, MT PBS, and the Travel Channel. Her writing and photography have appeared in AARP The Magazine, Big Sky Journal, High Country News, Outside Magazine, Western Art & Architecture, and Fly Fisher, to name a few. She loves to galavant outdoors hunting, skiing, riding, and hiking with her mutt Chinxy. To learn more about Seonaid go to seonaidbcampbell.com.

Latest Posts By Seonaid B Campbell